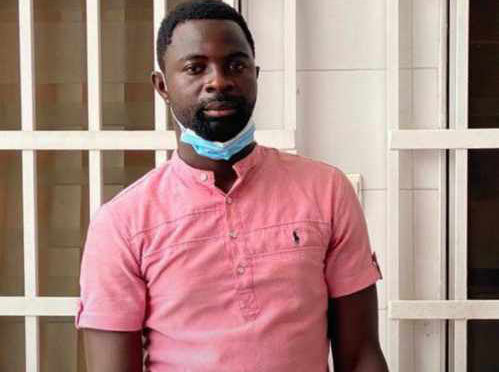 The Accra Regional Police Command has apprehended a 29-year-old man they claim is a notorious carjacker at Odorkor in Accra.

The suspect Prince Arthur is alleged to have defrauded about 50 individuals of various amounts using cars he offers for sale as bait.

The Accra Regional Police Public Relations Officer, DSP Effia Tenge, who briefed DAILY GUIDE on the arrest, said the modus operandi of the suspect is to pose as a doctor, post pictures of beautiful vehicles on some online platforms indicating they are for sale.

She said when prospective buyers contact the number on display, Arthur believed to be working with others, will meet the victim at a point for inspection of the vehicle.

Some of the victims claim when the vehicle stopped on the way, they thought it was an electric fault and so they left the vehicle to call a mechanic to check for them but by the time they arrived, the vehicle had been taken from the place it was parked,” she disclosed.

DSP Tenge revealed that based on complaints received from some of the victims, the Odorkor Police through intelligence apprehended Arthur from his hideout.

“Further investigations also disclosed that Arthur and his cohorts also engage in accommodation fraud where they pose as land owners to defraud their victims.”

She urged individuals who may have fallen victims to their criminal activities to report to the police.