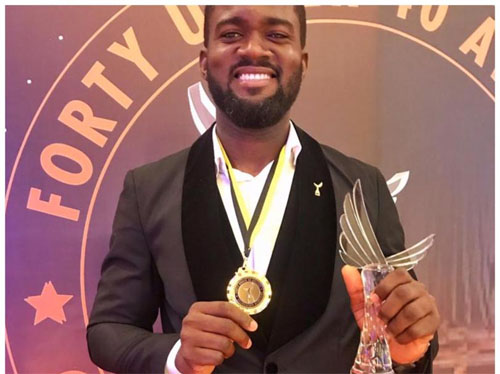 Its Chief Executive Officer, Anthony Dzamefe, has also been featured in an article in the New York Times.

The New York Times is arguably the most widely read news publication in the world.

Caveman was the only company from Ghana to be featured.

The article focused on the Blue Volta which incorporates the River Volta, one of the most iconic lakes in Ghana into its design and also the yet to be released ‘Sika’ which in Akan means money.

According to Mr. Dzamefe, who was recently adjudged the technology and innovation entrepreneur of the year at the Ghana 40 Under 40 awards event earlier this month, Caveman Watches experienced the highest traffic to its platforms and won several corporate contracts which goes to prove that finally Africans are supporting their own.

He averred that “Caveman Watches has grown to become very focused on the global target”.

Caveman has evolved into an African business asset.