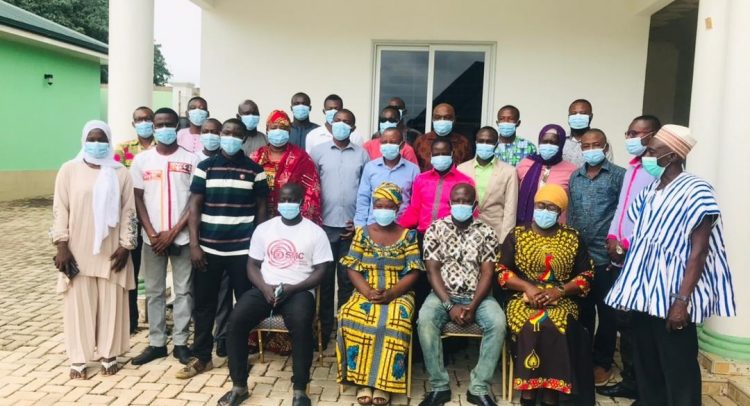 The Center for Democratic Development(CDD- Ghana) in collaboration with the USA state government in Ghana and the National Security has organised a sensitization forum in Tamale to educate some Civil Society Organizations(CSOs) on measures to tackle terrorism around the border communities in the Northern part of Ghana.

Speaking at the forum, Mr Nana Kwabena Abrampa Mensah, the Program’s Manager of CDD- Ghana said the initiative is aimed at sensitizing CSOs on security measures to help them educate people living along the border towns to enhance citizen’s cautiousness and security awareness about threats of terrorism.

“We are here to assembly colleagues CSOs especially those who in the border communities to build their capacity then we deploy them into the field and to support the national agenda of raising awareness of community members to be able to identify, report any suspicious character that they come across in their community.”

He disclosed that the selected Civil Society Organizations (CSOs) will be tasked to organize community forums per month and invite security experts to speak to community members on terrorism.

Mr Mensah expressed worry that Ghanaians are not security conscious, and that most people do not take security as a serious thing, which is a worry.

He indicated that, a few years ago, most of the countries that are currently battling terrorism downplayed the threat of terrorism and its existence.

“What is happening in Burkina Faso, in 2015 when they did the survey 70 per cent of the people thought they can never be engulfed with terrorism but down the lane, in 2017, how many bombings, kidnappings ranges that have happened to that country? We don’t want that to happen here before we take precautions.”

The CDD- Ghana Program Manager entreated landlords to be cautious of the kind of people they give out their houses for rent.

Mr Awal Mohammed Karisma who is the Executive Director of RISE-Ghana explained that the citizen has a greater responsibility in the fight against crime and that government alone can not do it without the assistance of the public.

“citizens have a greater responsibility to ensure that our country is safe from external attacks in terms of terrorism and other extremist groups. So without the effective participation and role of citizens in this, the state structure can not achieve this.”

Mr Awal thanked the CDD- Ghana for such an initiative that is geared towards empowering citizens to effectively support government agencies to safeguard the security of the country.