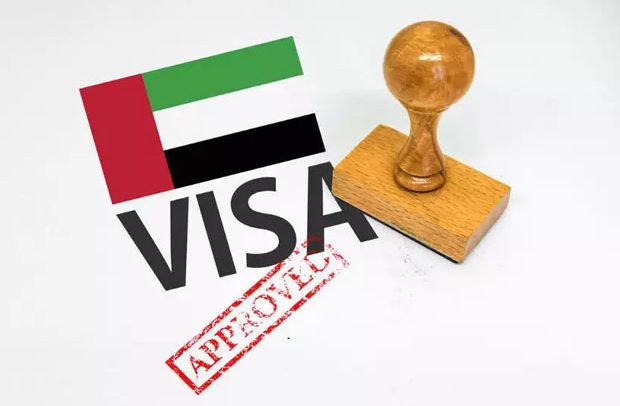 The Embassy of Ghana in the United Arab Emirates (UAE) is asking the public to disregard reports that Ghanaian and UAE passport holders can now travel across both countries without a visa following the approval of the Visa Waiver Agreement between the two countries.

According to Ghana’s mission in the UAE, although the agreement has been ratified by the Parliament of Ghana, the processes for its implementation have not been completed.

A statement issued on Monday, August 9, 2021, said the agreement to offer visa-free entry to Ghanaians and UAE passport holders was approved by Parliament on Thursday, August 5, 2021.

It explained that the Memorandum of Understanding (MoU) between the Government of Ghana and the UAE, was said to be on a mutual exemption of entry visa requirements in respect of diplomatic, service/special, and ordinary passport holders.

The Embassy is therefore asking the general public to disregard the reports since it is unofficial communication.

It stated further that it will “officially communicate any changes to the current entry visa regime” when the agreement comes into force.

“The Embassy urges the public to disregard all such publications and messages,” the statement clarified. 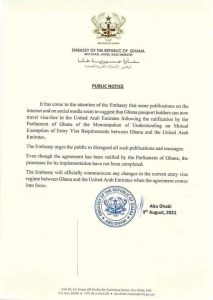