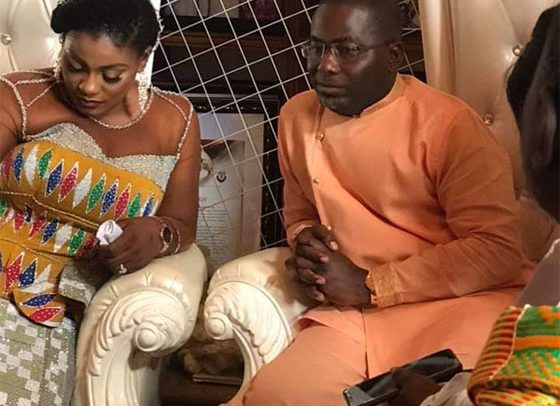 The two have tied the nuptial knot at a private ceremony.

The wedding is believed to have been held at East Legon in the house of the deputy minister’s father.

DGN Online’s sources say it was strictly by invitation.

However, a picture from the ceremony shows the two love birds smiling as they begin the journey of their marriage life.

Mr. Bissue resigned earlier this year as Secretary to the Inter-Ministerial Committee on Illegal Mining after a documentary by ace investigative journalist, Anas Aremeyaw Anas implicated him in a bribery scandal.