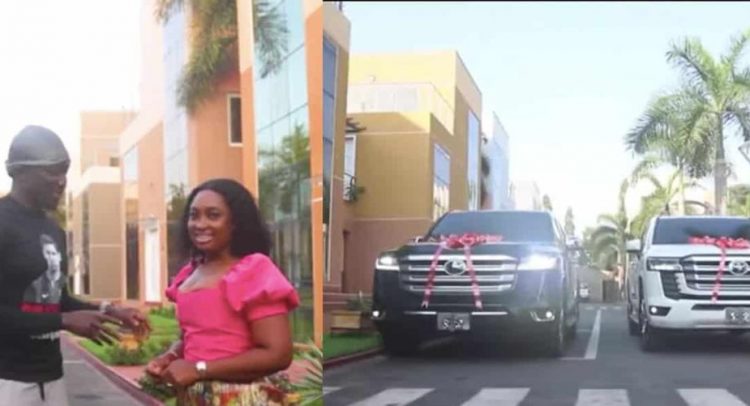 Ghanaian businessman, Nana Kwame Bediako popularly known as Cheddar has been trending on social media for his benevolent gesture to his wife, Ruby.

He surprised her with two brand new Land Cruiser V8 as his new year’s gift to her for being a great wife.

In a video he shared on his official Instagram, he was captured presenting the two cars to the wife who was surprised by the gesture.

In the video, he covered her eyes while one of his drivers drove in the first of the two cars, a white Land Cruiser. Minutes later when he was showing his appreciation to her another driver drove in the second, black car which got her screaming.

The wife could not hide her joy as she thanked him for his love and care.

According to Cheddar, he appreciates his wife for all the things she has done for him as his wife over the years they have been together.