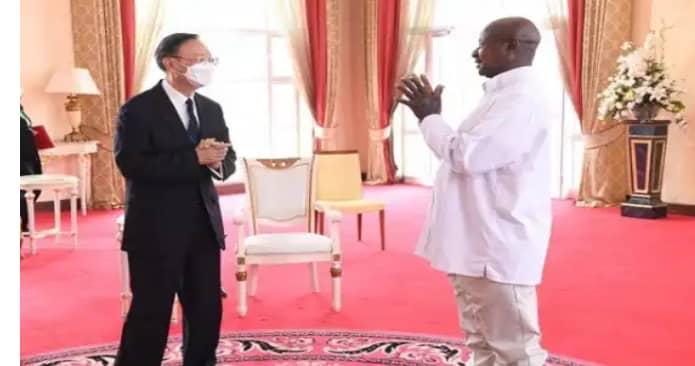 China has announced it will be donating at least 300,000 doses of the Coronavirus Sinovac vaccine to Uganda.

The donation was announced on Sunday by Chinese Special representative, Yang Jiechi, during a meeting with President Museveni at State House, Entebbe, local media reports in Uganda says.

Prior to the announcement, reports indicated that Ugandan scientists had advised the government to consider Sinovac and Britain’s AstraZeneca.

Mr Jiechi, a member of the China Communist Party political bureau and director of the office of the Central Committee for Foreign Affairs, reportedly flew into Uganda on Saturday night for a one-day visit as part of the five-nation tour.

Reports indicated further that he held meetings with the Ministry of Foreign Affairs officials led by Mr Sam Kutesa in Kampala, and later with President Museveni.