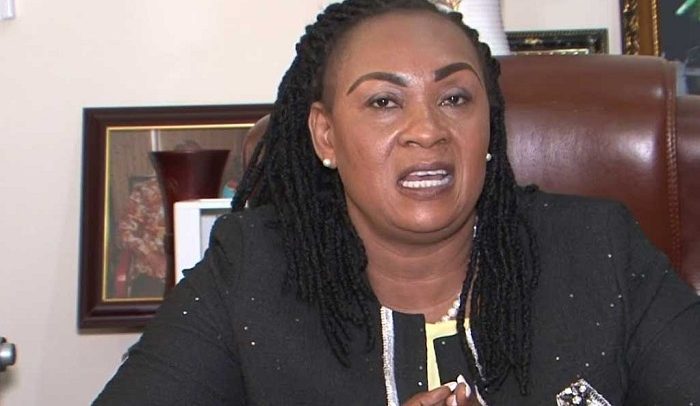 Fishermen in the country have jumped to the rescue of Minister designate for Fisheries and Aquaculture Development, Mavis Hawa Koomson.

It follows her recent appearance before the Appointments Committee of Parliament for vetting which has generated a whole controversy.

Even though some have described her performance as abysmal, leadership and members of the Ghana National Canoe Fishermen Council (GNCFC) thinks otherwise.

In a statement, the noted that “the banal focus on English proficiency is misplaced and diverts attention from pertinent issues that arose from the exercise.”

As fishermen, they noted that “our key concern and expectation is how the Minister Designate intends to tackle niggling issues like Seiko, Light Fishing, the influx of foreign fishing vessels and the need for a foreign vessel to conduct scientific research among others” insisting these and many more were addressed by her.

“We share the sentiments of several well-meaning Ghanaians who have since the fallout of the vetting exercise opined that the mastery of English language is not necessarily a sign of competence”, they noted.

That notwithstanding, they insisted Minister designate will be working with technocrats and industry players who equally have the progress of the sector at heart.

They have therefore asked the media to set the agenda for a liberal conversation on how promises elucidated in the manifesto of the current government will be executed vis-à-vis the content of the vetting exercise.

Apart from that, they said “we believe that the President, His Excellency, President Nana Addo Dankwa Akufo-Addo who chose the effective outgoing Minister, Hon. Elizabeth Afoley Quaye has in his wisdom chosen the Minister Designate to fulfil his vision for the Fishing Industry; having assessed her competence on many fronts, including her performance as Member of Parliament for the Awutu Senya Constituency and Former Minister responsible for Special Development Initiatives.”