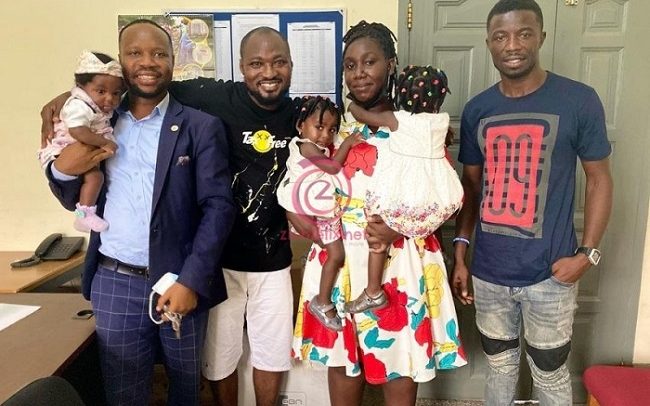 Kweku Manu made this statement on Accra-based radio station, Angel FM in an interview monitored by DGN Online.

According to the actor, Funny Face was very happy when the Baby Mama, Vanessa visited together with his three beautiful kids and some close relatives.

“ when we visited him he was very happy because he was not expecting us and regretted his misbehavior in public.

He also pledged to be of good behavior when discharged from the hospital”.

According to sources, Funny Face has finally reconciled with his baby mama Vanessa after she bolted with his three kids months ago.

The actor was sent to the psychiatric hospital by an order from the Ofankor Circuit Court presided over by His Honor Ebenezer Osei Darko following his public misbehaving leading to several arrest.