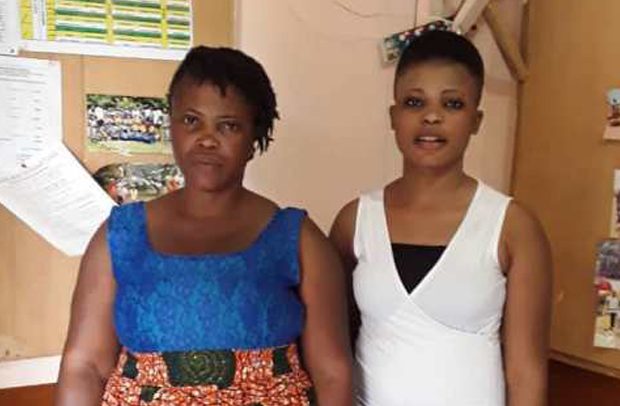 The entire community of Chiraa in the Brong Ahafo Region, particularly pupils of Methodist ‘A’ Junior High School, was thrown into a state of ecstasy  when news went around that Mercy Aboagyewaa Yeboah, a pupil from the school, had gained admission to Achimota Senior High School in Accra this year.

DAILY GUIDE has gathered that her admission to Achimota makes her the first female student from Sunyani West to gain admission to such a prestigious school.

Teachers in the school believe that apart from her performance, Mercy was able to gain admission to Achimota because of the Free SHS programme and the double-track system that is being introduced.

Mercy who is 16 years old lives with her mother – a single parent at Chiraa in the Sunyani West District.

She is the first of four children. Due to her remarkable performance, her father who hitherto shirked off his responsibilities towards his children has now come back home.

The headmaster of the school, Steven Owusu, who spoke to DAILY GUIDE, said 38 pupils   from the school were registered for the 2018 BECE, it is only Mercy who has had the opportunity to go to Achimota though most of them had been placed in schools of their choice.

People of Chiraa were happy to hear one of their own was going to Achimota Senior High School. Mr. Owusu was very excited and proud of Mercy saying through his advice, encouragement and motivation she was allowed by her parent to choose Achimota as her first choice.

According to him, he always motives students to learn hard and pass with flying colours to enable them attend the first-class schools, stressing that such schools are not the preserve of only the rich in the country.

DAILY GUIDE further gathered that Baffour Awuah, the Member of Parliament for Sunyani West and the Minister for Labour and Employment Labour Relation, has promised to donate GH¢2,000  to support her education.

The headmaster pleads with government and non-governmental organizations to come to the aid of the school with computers and textbooks to help them in their studies as the school does not have a single computer though they do ICT.