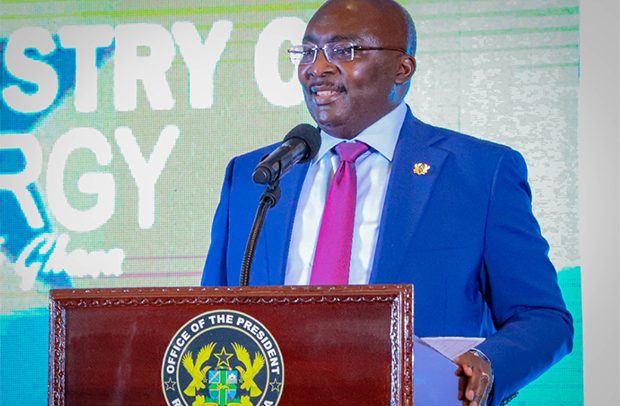 VICE PRESIDENT Bawumia has charged the University of Ghana Business School (UGBS) to collaborate with other departments and schools in their colleges and beyond to run core competence programmes that will help them churn out change agents with critical and localised skills that would feed into the nation’s developmental agenda.

He believes the time has come for schools to run programmes that are practical and experiential enough to generate interest from industry and civil society organisations.

Speaking at the launch of the 60th anniversary celebration of the UGBS in Accra yesterday, he said “I am aware of the tendency to over theorize while offering instructions to students, that is why I am calling for a fairly balanced synchrony between theory and practice because I know that the theoretical framework of any area of specialty is also very important.”

In the area of research, Dr. Bawumia encouraged the school to adopt what he called the triple helix model – a set of interactions between academia, industry and government, to foster economic and social development.

“We encourage you to provide solutions to businesses and government on issues of innovation in business and policy for mutual benefits”, he charged.

That, he said was because “educational institutions are strategically placed to champion the development aspirations of the nation.”

“It is therefore time for the nation to be propelled to high levels through cutting edge research that seeks to solve problems as well as bring the necessary innovations”, the Vice President noted.

Dr Bawumia was of the belief that “the government’s industrialisation drive (one-district-one-factory) can be enhanced and in fact revitalised if educational institutions position themselves well and provide the research capacity to support the initiative.”

“We are aware that you have the know-how, but we expect continuous engagement with some kind of research agenda that falls in line with our development plan”, he stated, saying “our doors are open for proposals that have the ability to turn things around or make relevant inroads to be presented for consideration.”

He therefore noted that “this occasion of 60 years anniversary should be a time of some kind of renaissance” and that “we should also do some introspection and see how the future can be made more meaningful for all of us.”

The Vice President later presented one hundred (100) laptops to the University of Ghana Business School.

The donation was in fulfilment of a pledge he made to the UGBS earlier in the year to support the School’s One Student, One Laptop initiative announced by the Vice Chancellor of the University of Ghana to advance digitisation on campus.