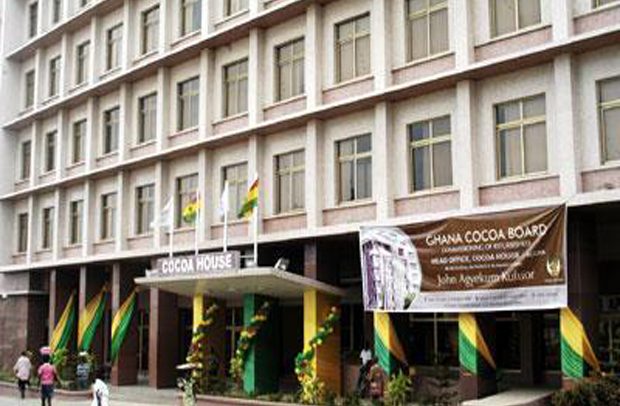 The Ghana Cocoa Board (COCOBOD) has cleared the air over allegations of nepotism in the award of insecticide contract as well as money-laundering.

According to COCOBOD in a statement dated November 17, 2020 and signed by its Head of Public Affairs, Fiifi Boafo, “The suspicion that the decision by COCOBOD to sole source the contract to Agri-Plus may have been founded on grounds of nepotism is completely baseless and untrue.”

A document had circulated on several online and social media platforms purporting to emanate from the Financial Intelligence Centre, Ghana, and alleging wrong doing by COCOBOD awarding a contract for the procurement of Transform Akate Insecticide from Agri-Plus Horizon Farm Limited through the sole sourcing method.

The document further alleged that there was suspicion that the decision by COCOBOD to sole source the contract to Agri-Plus might have been founded on the grounds of nepotism and or trade based money-laundering.

But the statement said the decision to sole source insecticides and other chemicals for COCOBOD operations was based on COCOBOD’s need for specific purposes.

“COCOBOD only procures insecticides or chemicals that have been tested and certified by the Cocoa Research Institute of Ghana (CRIG),” it said.

“Some products have systemic effect while others take effect on contact with the insect. Some products are also formulated as cocktails and have both systemic and contact properties combined,” according to the statement.

The statement observed that a company that held the CRIG certificate for a particular product had proprietary right in the product and consequently COCOBOD could procure the product from only that company.

“At the beginning of each crop season, COCOBOD decides on the various insecticide and chemicals to be procured for the season based on the projected threats to the crop for that year,” it explained.

“The insecticide application is varied periodically to reduce the chances of the insects developing resistance to a particular insecticide.

“In the case of Transform Akate Insecticide mentioned in the document, Agriplus Horizon Farms Limited is the company that holds the CRIG certificate for the product,” it said.

Approval, it added, was, therefore, sought from the Public Procurement Authority to procure the product amongst others through the sole sourcing method for COCOBOD’s operations.

“We therefore urge the general public not to give the allegations contained in the said document any weight,” the statement noted.