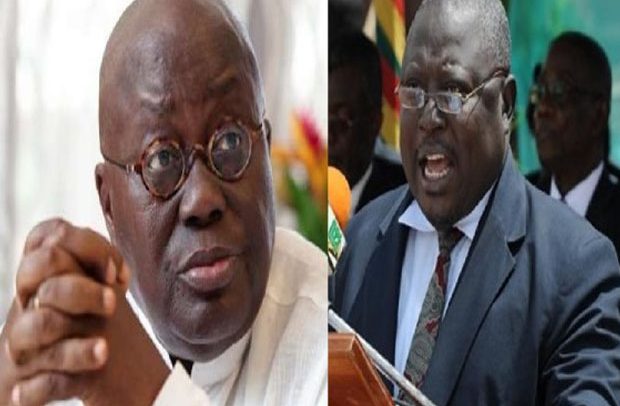 Mr Amidu tendered in his resignation on Monday, November 16, 2017, citing series of reasons for taking the decision to resign.

And in a letter addressed to Mr Amidu by the Office of The President on November 17, this year and signed by the Chief of Staff, Akosua Frema Osei-Opare, said the accepted Mr Amidu’s resignation, saying “the President has taken due note of the other matters raised in your (Amidu) letter, and the Government will issue a statement responding to them in due course.

It said “the President has directed me to ensure that all emoluments and benefits due you under law are paid to you accordingly.” 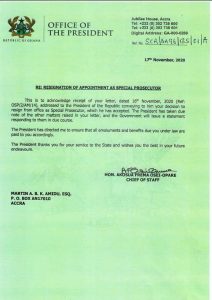