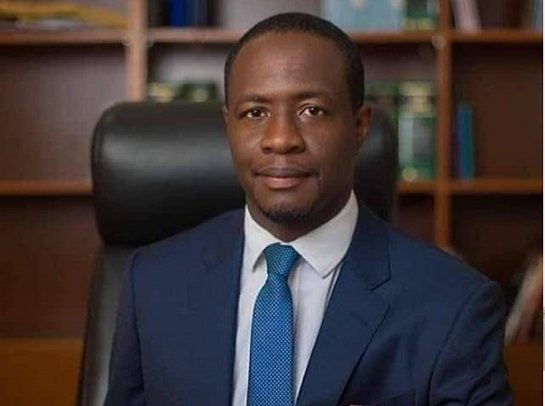 THE GHANA Cocoa Board (COCOBOD) has indicated it does not connive and condone child labour by farmers in cocoa growing areas.

Stephen Fiifi Boafo, Director of Public Affairs at COCOBOD, who disclosed this at a press conference yesterday in Accra, said as the regulator of Ghana’s cocoa industry, COCOBOD was very much interested in sustainability.

He said COCOBOD has adopted a policy of zero tolerance for child labour as an important component of cocoa sustainability.

The press conference was in reaction to a recent JOY FM documentary titled “Children In Cocoa Labour” aired Monday morning and repeated in the evening.

It is an undercover investigation by Kwatey Nartey, a journalist, which sought to expose incidence of child labour in the cocoa industry in Ghana.

According to Mr Boafo, “COCOBOD takes very seriously any report which portrays a child of school-going age as having engaged in activities on a cocoa farm that could be construedas child labour. We and the Government have taken a strong stance against child labour of any kind and condemn any act which undermines the efforts aimed at ensuring sustainability in the cocoa industry.

“Any case of child labour also has a negative impact on the reputation of the country on the international stage.”

He continued that “Fortunately, these incidents are not common practices in Ghana’s cocoa industry. Ordinarily, one will not see farmers openly engaged in such practices when one visits our cocoa communities and that is a testament to the fact that our sensitisation efforts and interventions are yielding good results.”

He said the afore-stated notwithstanding, the documentary shows that there were yet some criminal elements who were set on defying the government’s policy and undermining the serious efforts of COCOBOD to eradicate child labour in cocoa production.

“We have already reported the situation, as unearthed in the documentary to the police and some arrests have already been effected in the Ashanti and Western North Regions. All suspects and persons of interest are currently going through the legal process.

“We shall similarly alert the police on any other case related to child labour which come to our attention for the persons involved to be apprehended and prosecuted.”

He noted that Government has over the years, introduced various anti-child labour programmes and interventions to sanitise the cocoa industry. These include but not limited to the implementation of the child labour free zones concept, the training of labour inspectors/officers on child labour issues, harmonising the Ghana Child Labour Monitoring System (GCLMS) with the Child Labour Monitoring System (CLMs), the formation and training of District/Community child protection committees, the free senior high school programme to keep more children in school, the capitation grant and the school feeding programme.

He mentioned that other interventions put in place by COCOBOD include the mainstreaming of anti-child labour education into COCOBOD’s extension delivery services, the anti-child labour sensitisation programme in cocoa-growing areas, the pursuit of remunerative income for farmers to be able to afford adequate adult labour and farm sustainably; and the Cocoa Management System (CMS), which will improve on child labour monitoring and remediation system put in place in the cocoa sector.

Additionally, he said COCOBOD also introduced and distributed to all cocoa-growing communities, the dual-purpose motorised pruners and slashers as a means to mechanise the otherwise labour-intensive aspects of cocoa farming, thereby, reducing the need to hire labour (farm hands) to work on cocoa farms.

“We also recognise the continuous efforts of NGOs, civil society organisations and the media who work in the sustainability space in helping to expose these crimes.”

“Finally, we want to send a strong caution to any persons who may be involved in these acts to desist from undermining the industry which forms the backbone of this country.

“We want to assure all stakeholders that it remains our resolve to ensure that child labour, in any form within the cocoa value chain, is eradicated, and we call for closer collaboration and consolidation of efforts to achieve this goal,” it stated.