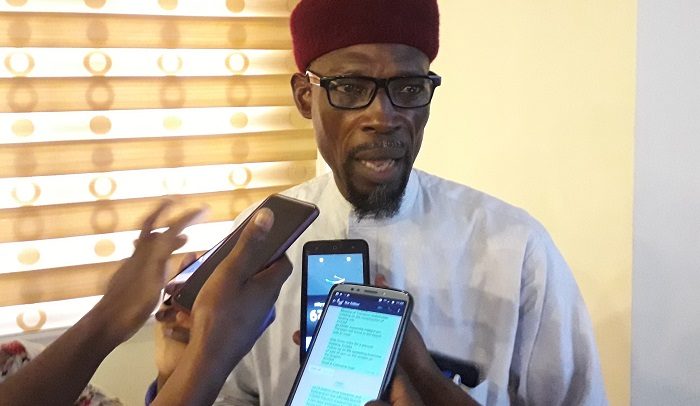 The Coalition of Domestic Election Observers (CODEO) has outlined a series of electoral support interventions geared towards the successful conduct of the 2019 district levels election and national referendum on December 17.

The interventions which include civic education activities and recruitment of 1,000 observers on election day for the electoral processes are in line with the coalition’s objective of promoting transparency, credible electoral outcomes and participatory electoral process.

At a press launch of the electoral support intervention on Tuesday, which also marked the opening of a workshop for CODEO civic educators in the Greater Accra Region, the acting Chairperson of CODEO, Sheikh Armiyawo Shaibu, disclosed that 260 civic educators have been engaged in each district to work with communities.

“The coalition has conducted series of training workshop for its educators from 15 out of 16 regions in the country,” he said.

Sheikh Shaibu also maintained that CODEO as a neutral observation group has no position on the referendum question and only seeks to complement effort of other stakeholders and state institutions in boosting understanding and participation of voters.

Present at the launch was the Chairperson of the National Commission for Civic Education (NCCE), Josephine Nkrumah, who lamented the high level of apathy associated with district level elections.

“And it beats my mind because that is the most important election which affords every citizen a part to participate in decision-making. Sadly, we don’t see civic interest today. We are more interested in the parliamentary and presidential elections,” she said.

The deepening of democracy in the country, she advised, should go beyond the December 17 elections, as practising democracy is an everyday process that requires citizens to re-orient themselves to make democracy more meaningful.

“It is not about election in every four years. Democracy is about participation and inclusion in decision-making every day,” she said.

She appealed to educators to work hard at ensuring that the target for a 40 per cent turnout of the voter population is achieved in order to make the campaign efforts of the NCCE towards the December 17 election successful.

Cardi B Performs Live In Ghana