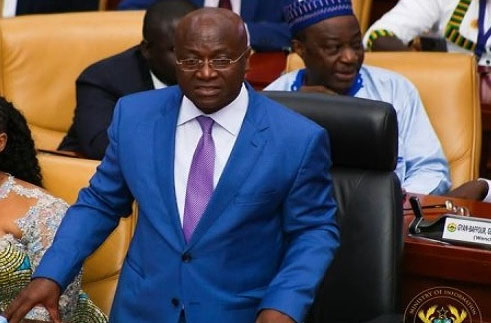 Majority Leader in Ghana’s Parliament, Osei-Kyei-Mensah Bonsu has described the conduct of the Speaker of Parliament, Alban Bagbin as appalling and disrespectful as to the manner at which he is carrying himself in the performance of his duty.

Friday November 26, 2021, the Majority staged a walk out from Parliament after the Speaker directed Ministers of State who are non-MPs to vacate the chamber to allow MPs to take a decision on whether to postpone the vote on the budget or whether the Finance Minister should be allowed to further engage the House.

However, the Majority Leader speaking to journalists after the walkout indicated that Speaker Bagbin was behaving like he was the Speaker for the only one side.

“He must carry the House along, you’re not the Speaker of only one side of this house and yet increasingly he’s beginning to demonstrate that tendency. His attitude is not the best, it doesn’t speak well of a speaker who’s neutral. I think this is very appalling. And from now on we are not going to tolerate that,” he fumed.

According to him, the Speaker of Parliament has no authority to issue any personal order to any Minister.

Meanwhile, Parliament ended up rejecting the 2022 budget with 137 members in the absence of the Majority caucus.

Nana In DRC To Fight For Women