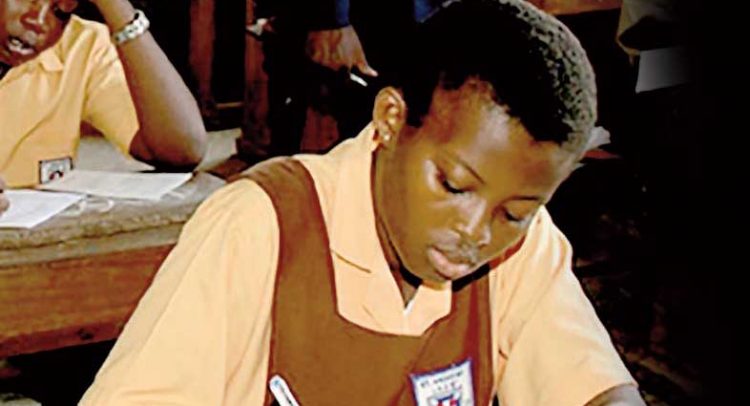 The West African Examinations Council (WAEC), a non-profit-making organisation   tasked with conducting credible examination in the public’s interest, has over the years been in the news for more wrong reasons than the right ones.

These shortcomings often lead to The Council cancelling leaked papers, withdrawing provisional results and rewriting of examination papers at its own cost.

An example was when the examining body had to cancel five papers in the 2015 BECE, namely English Language 2, Religious & Moral Education, Integrated Science, Mathematics and Social Studies.

The cancellation was necessitated by the discovery that the papers had been leaked, thus, compromising the integrity of the exam.

Very Rev Samuel Nii Nmai Ollenu, Head of WAEC National Office, says the national office incurred some cost when the 2015 exam was compromised and it had to be re-administered.

He, however, observes that The Council in playing its role strives to live up it its core values of integrity, professionalism, accountability, transparency, team work and innovativeness.

Very Rev Ollenu says government has invested so much in the country’s education, therefore, it is imperative on all to guard the resources that have been spent to ensure they do not go waste through examination malpractice and irregularities.

He adds that reducing examination malpractice would promote genuine academic credentials, protect the integrity of the country’s education system and the credibility of certificates issued by WAEC for use in the English-speaking West African sub- region.

“That is why we are doing everything to prevent the leakage because it is very expensive in terms of cost and psychological effect on the children,” he said.

The national head of WAEC, however, states that in recent times the phenomenon has not occurred due to measures put in place by The Council to curb the incidence.

“Happily I can say that it has been quite some time now since we heard about leakage. In previous times we were out sourcing some of our papers to local printers and some of them were causing the trouble and since we stopped doing that the leakage has stopped,” he explains.

WAEC was established in 1952 after the government of Ghana (then Gold Coast), Nigeria, Sierra Leone and The Gambia enacted the West African Examinations Council Ordinances in 1951.

Liberia became the fifth member of The Council in 1974.

The enactment of the ordinances was based on the Jeffrey Report, which strongly supported the proposal for the setting up of a regional examining board to harmonise and standardise pre-university assessment procedures in the then British West Africa.

The main objectives of The Council are to conduct examinations in the public interest, award certificates, provided that the certificates do not represent lower standards of attainment than equivalent certificates of examining authorities in the United Kingdom.

It also has the vision of being a world-class examining body adding value to the educational goals of its numerous stakeholders and a mission to remain Africa’s foremost examining body providing qualitative and reliable educational assessment, encouraging academic and moral excellence and promoting sustainable human resource development and international co-operation.

A total of 79,233 Ghanaian candidates of the West African Senior Secondary School Certificate Examination (WASSCE) were caught in one form of an examination malpractice or the other since 2006, according to The Council.

The culprits were part of a total of 2,333,009 candidates who wrote the examination nationwide during the period under review.

Mr Carter K. Osafo, Acting Head of the Test Division of The Council, says 13,793 out of the 287,353 candidates who sat for the 2017 WASSCE, for example, were culprits of exams malpractice.

He says some of the candidates were caught after they were found to have written information on their bodies and uniforms, hidden sheets of papers on them and stored information on mobile phones and watches.

Mr Osafo adds that the malpractice has helped unqualified students pass through the system with some landing jobs they do not deserve.

In 2016, the Basic Education Certificate Examination also had some culprits of examination malpractices.

WAEC has, over the years, introduced measures such as enhanced supervision, introduction of special software and publication of names of offenders and schools to reduce the menace in its bid to curb the increasing trend of examination malpractices in the discharge of its duties.

One of such measures is the introduction of the Item Differentia Profile (IDP) software to enable The Council detect cheating in the objective tests which, hitherto, went largely unnoticed.

She, however, explains that The Council has increased the percentage error to 20 percent to give the students the benefit of the doubt.

Mrs Addy-Lamptey says the IDP was able to detect 2,293 candidates who had cheated in the English Language, Mathematics and Integrated Science papers in the 2016 BECE examination and had their relevant subject results cancelled.

She says The Council has plans to use modern technologies such as closed circuit television (CCTV) cameras and deploy software to detect and check malpractices while it moves to review its law for stiffer punishment to offenders.

Very Rev Ollennu says the help of journalists in educating the public, especially examination candidates on examination malpractices, will assist The Council in fulfilling its mandate.

He highlights that the media’s role in promote genuine academic achievements has been shunned by the sector for a long time due to the very little interaction between the two institutions.

Very Rev Ollenu, however, indicates that The Council is ready to partner the media in order to promote national development through the training of the right personnel and civilisation through a clean educational system.

He says it is necessary for the media to help safeguard the educational system and the integrity of the certificate awarded in Ghana.

“If the examinations are not credible then the whole educational system is in trouble and also if the results are not reliable, then we, of course, are going to be in much greater trouble,” he adds.

‘President Will Sack Me If I Witch-Hunt’