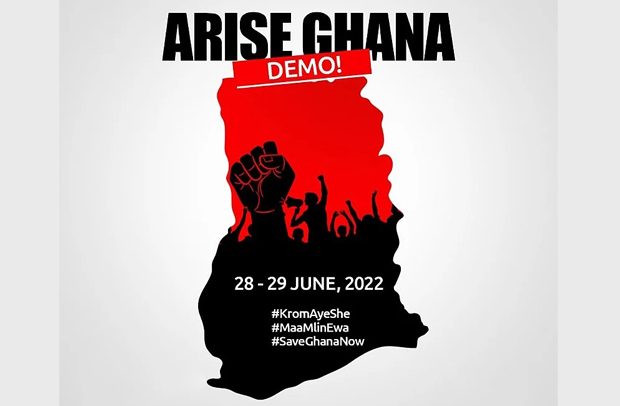 The Ghana Police Service appears to be moving to stop demonstration being organised by some members of the National Democratic Congress (NDC) as a result of misunderstanding.

The security agency has filed a case at the court seeking a determination of the time and location of the pressure group, Arise Ghana’s intended demonstration.

This according to the Police Service has become necessary due to “the lack of agreement between the Police and the organisers on the time and location of the planned picketing”.

Per a statement released by the Service mentioned that the court is scheduled to hear the case on Monday, June 27, 2022.

Arise Ghana and its allies had intended to start their protest at 3pm and end at 10pm, but the Police are not in favour of the arrangement.

The Service said the scheduled time will not guarantee the safety of demonstrators and other members of the public.

It thus urged the organisers to hold the protest early in the day, but they refused.

This compelled the Service to resort to the court for a determination of the appropriate time and date for the protest.

“The Police have had no option but to submit the process to the court for a determination,” it said in a statement.

It assured Ghanaians of its readiness to “provide security for demonstration once the matters are determined by the court.”

Arise Ghana and its allies intend to protest against worsening economic conditions in the country.