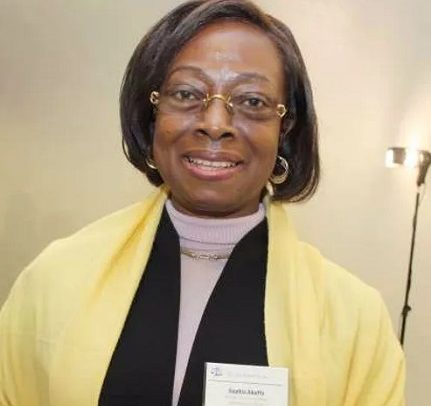 FORMER CHIEF Justice, Sophia Akufo, has called for a review of the Constitution to limit access to the Supreme Court to enable it deliver efficient and quality services to applicants.

The former Chief Justice who said this at the Rt. Hon. Prof. Mike Oquaye Centre for Constitutional Studies at the IEA in Accra on Tuesday, described the limitless access to the Supreme Court as an ‘open door’ that led to unnecessary caseloads which slowed down the pace of cases.

She said “Invariably, it should be a case that is coming up for the first time and once that issue has been determined, it is law and so it could not be brought back to the Supreme Court for interpretation or for a decision. The scope of the Supreme Court is too broad and we need to look at it.”

According to her, the work load at the Supreme Court did not also justify why the number of Judges at the bench should be capped adding that any review to cap should consider reducing access to the Supreme Court.

“In my view, we are not in a position to say that now, the Constitution should cap. If we want to cap, then we need to reduce access to the Supreme Court so that we will have something that will be more meaningful and quality-based rather than quantity that will be well thought of, for the purposes of assuring quality outcomes and efficiency,” she stated.

She said capping was still unnecessary even though people feared that failure to cap might have the potential to populate the bench when leaders decided to pack people to the Supreme Court as a typical characteristic in some advanced jurisdictions.

“The right to access justice does not mean you have to have lots and lots of Courts to Appeal. It is access to quality justice but if you are going to access quality justice on a matter whether or not a case should have been adjourned, you are wasting quality time and quality court and therefore, we need a serious balance.

She further mentioned that for judges to be independent, impartial and competent with a high level of integrity, intermediate disciplinary procedures and processes should be strengthened.

She said a lot of issues bothering on discipline within the judicial service spelt out in the constitution failed to state timelines on offences, and the burden of proof, among others.

“We have managed some of this pretty well but sometimes management is better managed with literature and certainty so that you don’t stretch the managers and leaders too much and don’t leave people in the dark,” she added.

The Chief Justice, Justice Anin Yeboah, who expressed worry over the high incidence of allegations leveled against people in public office, cited examples of noble individuals who unfortunately were said to have been involved in atrocious deeds but were later found to be untrue.

He, therefore, appealed to Ghanaians to exercise some level circumspection and present credible evidence as any baseless allegations had the tendency to cause incalculable damage not only to the nominee alone but also to other members of his family.