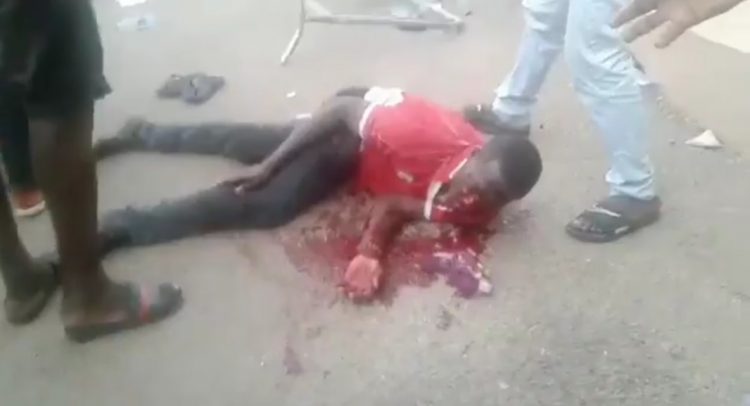 A POLICEMAN in Kumasi has been interdicted pending investigations for allegedly shooting a Kumasi Asante Kotoko supporter in the face.

The male victim, whose identity has not been disclosed by the police, is said to be responding to treatment at the Komfo Anokye Teaching Hospital (KATH) in Kumasi.

Angry Kotoko fans, whose club had lost 0-1 to Berekum Chelsea FC in a league duel on Sunday, reportedly went on the rampage as they pelted the police with stones after the game.

In the process, a number of policemen, who were stationed at the Baba Yara Sports Stadium to provide security, were injured. Police vehicles were also damaged.

ASP Godwin Ahianyo, the Ashanti Regional Police PRO, in a press release, said the police officer fired rubber bullets into the crowd and unfortunately the fan was hit in the face.

“The injured person is currently on admission at KATH, receiving treatment and is in stable condition,” he announced on Monday.

He said the Ashanti Police Commander instructed for the officer to be interdicted and had started investigations into the case.

ASP Ahianyo stated that the command at all times expects officers, especially those stationed to control crowd at the stadium and public places, to exercise professionalism.

The police PRO said the command would do thorough investigations into the case in order to unearth the whole truth, urging the public to assist the police in investigations.

On behalf of the Ashanti Regional Command, the police PRO expressed his heartfelt sympathies to the injured Kotoko fan and his family, wishing him speedy recovery.