Ghana Not Evacuating Citizens From China 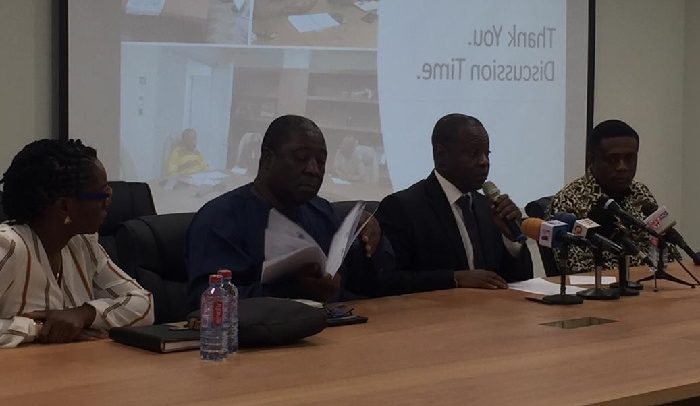 Ghana is not prepared to evacuate its citizens from China now in response to the coronavirus outbreak.

The Director-General of the Ghana Health Service (GHS), Dr. Patrick Kuma-Aboagye, made this known at a press briefing in Accra yesterday.

He said the decision was in line with advice from the World Health Organization (WHO).

“Evacuation is not on the table for now,” he said when he was informed that the Minority National Democratic Congress (NDC) in Parliament and some Ghanaian students in China had called for evacuation.

According to him, the structures and systems put in place in China are “protective,” describing evacuation as a national decision.

However, he stated that the Ministry of Health and the GHS would continue to observe the situation in China and if there is the need for evacuation a decision would be made in that direction.

He noted that when there was the need to evacuate, GHS would advice accordingly.

China has reportedly recorded about 60,000 cases of the virus, with the death toll above 1,350.

The Director of Public Health, Dr. Badu Sarkodie, indicated that systems had been put in place to ensure that everyone in Ghana is safe and ensure that persons coming into the country are well screened.

According to him, in all heavy traffic areas like Elubo, Aflao, there are thermal scanners that are screening people.

As part of awareness creation, he noted that there are a number of stakeholders’ engagements being held nationwide.

He said GHS was partnering with hoteliers, traditional leaders and the various schools, churches and mosques in creating awareness.

He pointed out that some health facilities had been identified for case management.