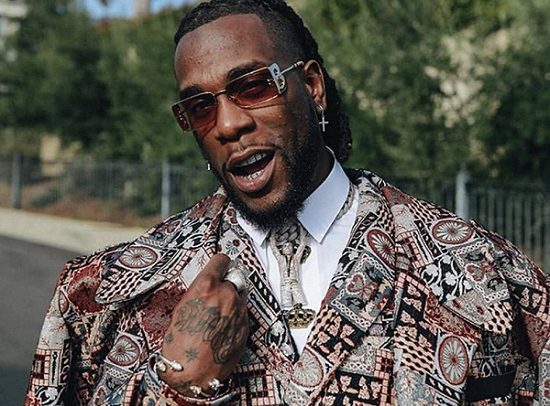 On Wednesday, Nigeria musician Burna Boy set Twitter on fire with comments declaring himself the best among his peers and the one who paved the way and brought Afrobeat genre to the mainstream, where it is currently enjoying Western recognition.

According to the 2020 Grammy Awards nominated artiste, many other artistes who also referred to themselves as the best are aware that he is actually the best, but he does not care about being the best.

“The world can do without the best” the world will still spin regardless.”

“FACT! I always knew I was and I am THE BEST. Everyone you think is the best KNOWS I’m BEST since Fela Kuti. But @timayatimaya told me something a long time ago that made me not care about being the best. “The world can do without the best” the world will still spin regardless,” he wrote on Twitter.

However, a follower identified as Jezzy Joseph accused the singer of not recognising the artistes who have been promoting the Afrobeat since 2010.

He said, “I mean where …are you when Afrobeat was struggling to hit the mainstream? The BEST paved the way for you. You came in when the table has already been set and here you’re claiming the BEST since Fela.”

But Burna Boy replied saying no one paved way for him, and he brought all the respect Afrobeat is currently enjoying.

“Lol. NOBODY paved shit for me. Everybody dey find them own. I bin out here, if you knew the way they made us look weak by begging and paying the Western world to like us you will see that no table was set and I’m the one that brought you the respect you currently enjoy.”

After losing the Grammy, Burna Boy joined the list of other home-grown Nigerian singers such as King Sunny Ade, Femi Kuti and Seun Kuti, who were all nominated in the past but failed to clinch the much expected award.

Ghana Not Evacuating Citizens From China