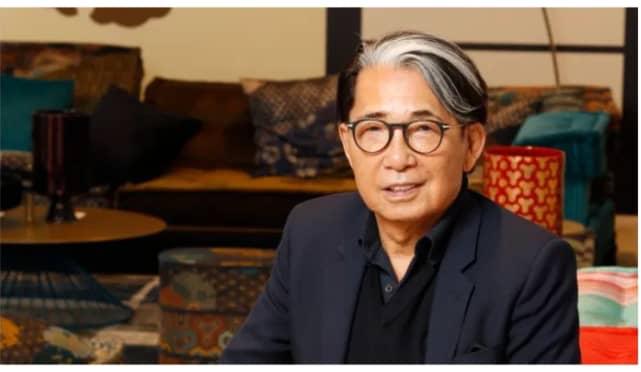 Japanese fashion designer Kenzo Takada, popularly known as Kenzo has passed away due to Coronavirus complications.

According to his spokesman, he died at the American Hospital of Paris in Neuilly-sur-Seine.

Mr Takada was known for his colourful motifs and original silhouettes, mixed inspirations from Japan which made him the first Japanese designer to gain prominence in the highly-competitive Paris fashion scene.

Tributes have poured in for Kenzo known for his artistry and hard work.

“Today, his optimism, zest for life and generosity continue to be pillars of our operation. He will be greatly missed and always remembered,” the Kenzo Fashion House he founded wrote on Twitter.

Ralph Toledano of the Haute Couture Federation said: “He helped to write a new page in fashion, at the confluence of the East and the West”.

Born in 1939 into a family of hoteliers, Kenzo chose to study art going on to become a star pupil at Toyko’s Bunka Gakuen college, where he carried off the top prize. He went on to work for Sanai, a major chain of fashion shops.

Kenzo moved to France in the mid-1960s and later launched his first collection in Paris, a city which he adopted as his home. “Every wall, every sky and every passer-by helps me build my collections,” he once said of the city.

Economy Getting Back On Track - BoG