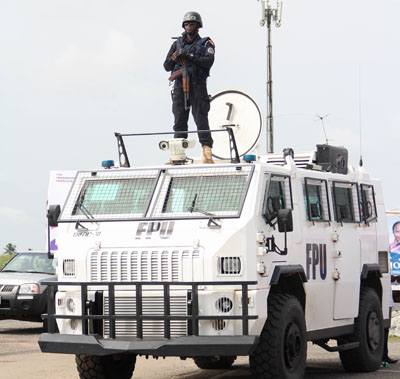 Movements in major parts of Ghana are expected to be restricted over the next two weeks as the West African nation battled to contain the spread of the deadly coronavirus.

Beginning midnight on Sunday, March 29, 2020, a lockdown is expected to take effect in some parts of Ghana.

Police are expected to be deployed at barricades and access to essential services suspended.

This was made known to DGN Online by sources at the Presidency, Jubilee House, the seat of Government in Ghana’s capital, Accra.

Ghanaian President, Nana Akufo Addo is scheduled to address his nation later tonight, March 27, at about 9pm where he is due to announce the lockdown.

The areas to be affected are Accra, Tema, Kumasi and Obuasi where cases of the COVID-19 had been recorded.

According to the sources, a meeting finalizing the lockdown was held this afternoon at the Jubilee House where key ministers overseeing the exercise attended.

The selective lockdown takes off at midnight Sunday for two weeks.

Residents of the affected areas have two days- Saturday and Sunday to stock up food items ahead of the declaration.

The action, the sources said was settled on following the disturbing spread of the deadly virus especially among arrivals and gradually spreading to communities.

So far four people are said to have died of the disease and 136 confirmed cases recorded.

The police have already mapped out strategies to curtail movements in the affected areas.