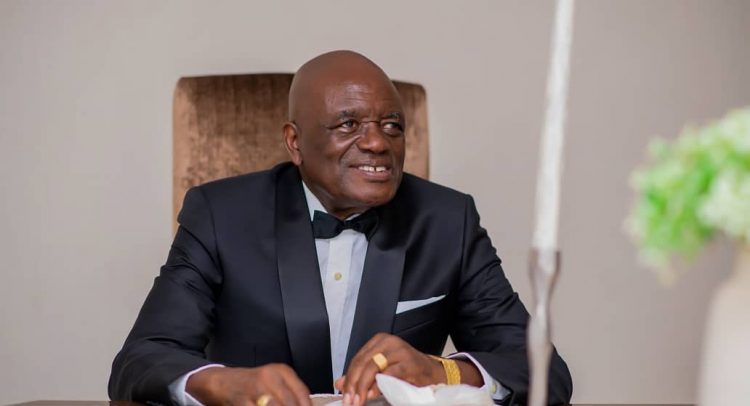 THE ASHANTI Regional Chairman of the Council of Elders of the New Patriotic Party (NPP), Rev. Mark Adu Gyamfi, has described military coup d’état as a dangerously evil thing which must not be tolerated in any country.

Speaking to the DAILY GUIDE on Tuesday, the 83-year-old retired pastor and businessman considered a coup d’état as a taboo which must not be joked with but proscribed by all.

The octogenarian’s comments come on the heels of the recent coup mongering in the country by some elements within the opposition parties, leading to the arrest and arraignment of Oliver Mawuse Barker-Vormawor, a former presidential staffer and convener of the Fixthecountry Movement.

Rev. Adu Gyamfi questioned the propriety of changing governments through the barrel of a gun instead of a thumb in the 21st Century, stressing that those calling for coup d’état in Ghana might have only read about it but not experienced its economic, social and political consequences.

“What is remarkably good about coup d’état? How did coup d’état staged in Ghana and other countries in Africa help in bringing about the needed development to address the plight of the poor?” he queried the coup mongers.

According to the Kumasi-based clergyman, a bad civilian government is far better than a good military government, considering harsh economic, political, social and religious oppressions which characterise military regimes.

The businessman said young people make reckless coup-inciting statements because they have not directly seen and experienced any suffering associated with coup d’état in practical terms, but perhaps only read or heard about it.

The man who lived 50 years of his life in the United Kingdom (UK) recounted how he and several other Ghanaian businessmen and women, and many others suffered tortuous ordeals including painful deaths and loss of businesses during the 1981 coup staged by the late Jerry John Rawlings.

He said his UK-based organisation, Roshview Limited, which dealt in the procurement, shipment and export with offices in Ghana, Nigeria and Sierra Leone was collapsed after Chairman Rawlings invited him to the Gonda Barracks to explain how he made so much money.

While cautioning the youth to be circumspect in making reckless statements that can threaten the security and peace of the country, Rev. Adu Gyamfi noted that the majority of Ghanaians including the military do not want coup but elections.

“Which well-meaning Ghanaian wants coup in this time and age? What did the military regimes do better for Ghana” he asked, and added that it is better for a civilian administration to be there because the citizens have the rights to vote it out every four years through the power of their thumbs.

The NPP bigwig advised members of the Fixthecountry Movement to exercise patience and decorous in their utterances, insisting that fixing a country is a process and that cannot be achieved in ten or twenty years.

He expressed optimism that as people freely share their opinions on government policies and contribute to discussions of national issues responsibly through the media, the system itself will naturally fix the country.