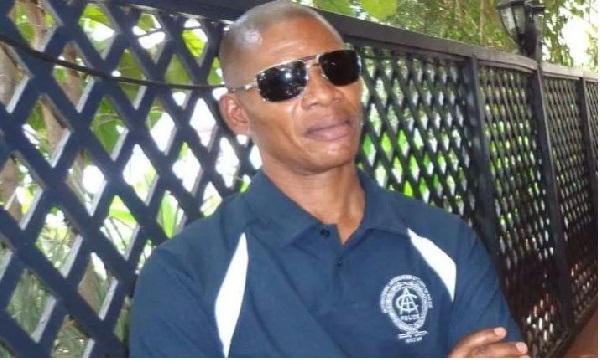 More than two weeks after being granted bail, the 10 persons including soldiers and a senior police officer who were re-arrested on Friday, April 23, and put before an Accra High Court for allegedly plotting to overthrow the NPP government are still in custody.

DAILY GUIDE sources said yesterday that the suspects, except ACP Dr. Benjamin Agordzo, have not been able to meet the bail conditions set by the court presided over by the three judges namely: Justices Afia Serwaa Asare-Botwe, Stephen Oppong and Hafisata Amaleboba, who are hearing the case.

Another source close to the suspects claimed the defence lawyers are planning to go back to the court to apply for a review of the bail terms to enable the suspects to extricate the bail bond.

The court also granted ACP Dr. Benjamin Agordzo of the Ghana Police Service and Col. Samuel Kojo Gameli of the Ghana Armed Forces, GH¢1 million bail with two sureties each, one of whom is to be justified.

All the accused persons were also been ordered to report to the Director of National Investigations Bureau (NIB) every Monday and Thursday of the week as well as deposit their passports at the registry of the court.

The two senior security officers are also to deposit their passports at the court’s registry as well as report to their Commanders on Mondays and Thursdays.

ACP Agordzo was able to meet the bail conditions just yesterday in the afternoon, and was expected to go home to join his family.

“We were a little surprised that our clients were re-arrested after going through all the processes for almost a year to get bail, only to get home and have the security agencies coming to charge them for high treason, based on the same facts, the same evidence.

“We will get in touch with the family, and we will start the process but as we speak none of them have been able to execute the process, but I think that as ordinary Ghanaian citizens, it will be difficult for them to execute this bail,” he said.

The 10 persons were put on trial in 2019 for allegedly planning to destabilise the country and overthrow the NPP government.

The 10, made up of a senior police officer, a senior military officer, four (4) junior ranked military officers and four (4) civilians, including a medical doctor believed to be the mastermind, were initially put before an Accra High Court and charged with treason felony, abetment of treason felony and possession of firearms, ammunitions and explosives without lawful authority.

But they were re-arrested by the NIB following new intelligence into the case and charged with high treason, which is the highest criminal offence in the country.

The Attorney General, Godfred Yeboah Dame, who was personally in court on April 24, to lead the prosecution, had told the high court that his office had already filed processes to discontinue the first trial which had reached the stage where the court was empanelling a jury to enable the prosecution to call its first witness.

The Attorney General told the court that the accused persons had been in custody for less than 24 hours but stressed that if the court was minded to grant them bail, then it ought to set conditions that would compel them to avail themselves for the trial.

ACP Dr. Benjamin Agordzo and Col. Samuel Kojo Gameli on the other hand have been charged with two counts of abetment of high treason each.

The facts of the case indicate how the accused persons who are members of an NGO called Take Action Ghana (TAG) held several meetings to discuss the recruitment of more soldiers, the acquisition of weapons and bullet proof gears, development of sketch maps of key installations and facilities of the state to be attacked during their planned takeover of government.

The facts state that the accused persons were planning to capture the President and some key individuals in the country and also how to force the President to announce his overthrow once he was captured.

The accused persons were again said to have contemplated in their discussions whether or not to kill the President in the process of overthrowing the government.

According to the facts, the accused persons in furtherance of the plot to overthrow government, Dr. Mac-Palm contracted Donya Kafui to manufacture explosives and pistols and Dr. Mac-Palm subsequently converted his X-ray laboratory of his Citadel Hospital at Alajo in Accra into a manufacturing shop where Kafui mounted his tools and machines to manufacture the weapons.

Again, the accused are said to have procured weapons and test-fired the locally manufactured weapons at the military shooting range general area at Teshie, Accra.

The accused persons, according to the prosecution, also discussed the procurement of electronic jamming devices and vehicles that would enable them take over the National Communications Authority (NCA) and jam all radio stations with the exception of the Ghana Broadcasting Corporation (GBC), where they intended to broadcast their successful overthrow of the government from.

The facts further indicated that the military and other security agencies on September 20, 2019, stormed the Citadel Hospital and arrested Dr. Mac-Palm and Donya Kafui, and also retrieved some hidden weapons from a generator set and Improvised Explosive Devices (IEDs) from some car tires on the premises of the hospital.

“A thorough search of the premises of the hospital and the houses of the accused persons by security operatives revealed the sketch maps, tools used in the manufacturing of the weapons and the IEDs, locally manufactured pistols, several rounds of ammunitions, three hand smoke grenades, among others,” the facts stressed.