Couple Robbed At Gunpoint In Takoradi 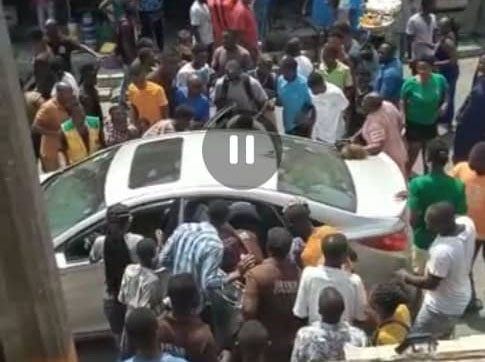 DGN online has gathered that a man and his wife were robbed at gunpoint by suspected armed robbers at Takoradi Amanful in the afternoon of Monday, April 12, 2021 in what has been described as daylight robbery.

According to sources, the man was shot in his private car by the armed men on motorbike.

Eyewitnesses said the robbers shot the man after robbing the woman, believed to be his wife, at gun point.

The victims have since been rushed to the hospital for attention.

The Monday afternoon’s attack follows two previous attacks on Mobile money vendors in the Sekondi-Takoradi Metropolis by alleged armed robbers during which the vendors and some persons were shot.

The victims who sustained gun shot wounds, are currently at the Effiakwanta hospital receiving treatment.

The first incident happened on Friday evening at about 7pm at Ahenkofi in the Metropolis where the robbers made away with all the money of the vendor after shooting him on the thigh.

The second one happened barely 24 hours after the Ahenkofi one, at the Takoradi Presbyterian Church area on Saturday, also at about 7pm.