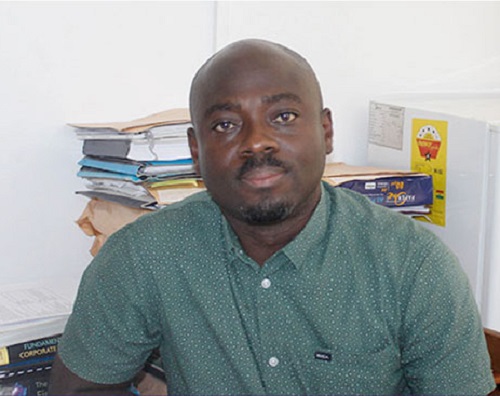 Economist, Dr. Lord Mensah, has kicked against any form of compensation for embattled customers of gold dealership company, Menzgold.

He explains that such a support is likely to encourage other forms of financial activities that breach the country’s financial laws.

Dr. Lord Mensah’s comments come in the wake of recent calls by customers of Menzgold to be relieved of their plight.

The sentiments expressed by the economist may perhaps be the last option considering the expectations of the affected customers.

The aggrieved investors have staged various protests, both successful and unsuccessful ones, written petitions, threatened and in some cases pursued legal actions to get their locked up monies released to them.

The locked up monies which is estimated to be running into millions of dollars, is also likely to affect the financial sector.

But Dr. Lord Mensah argues the customers do not have any entitlements.

“The government doesn’t need to come in; however, the CEO was operating in a country in which we are bound by laws so if you defraud people you need to be arrested and therefore we can go after him. But then to go and rescue the depositors with the state funds, I will not support that because on the average if anybody should invest about ten months, he should have had his or her capital already,” he told Citi Business News.

The legality or otherwise of the operations of Menzgold in terms of accepting cash deposits and promising high returns monthly and annually, had been flagged by the Bank of Ghana several times.

In all instances, the central bank said persons doing business with them should desist.

Again, the Securities and Exchange Commission (SEC) issued a statement indicating that the license does not permit Menzgold to accept cash deposits.

“They are not responsible because Menzgold’s operation is found in between the Bank of Ghana and the Securities and Exchange Commission. A company can register as a minerals buying company for which it can do financial business out of it. So it takes integration of the Minerals Commission and the Bank of Ghana or the SEC to identify the operations. However we only identify companies just by registrations and not by operations.”

Meanwhile, he has cautioned that the debacle may recur if measures are not instituted.

“People will always invest blindly and I can tell you that these things that we are having now will always repeat themselves. Because in this economy, everything we do as human beings move in cycles,” he concluded.