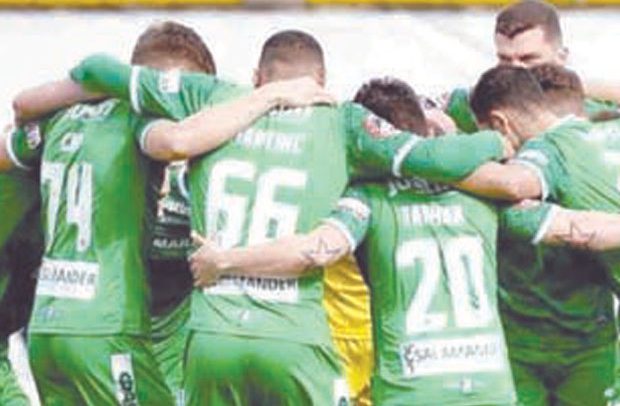 Ukrainian side Karpaty Lviv has found 25 cases of the coronavirus among players and staff, which has put the league’s planned end date in doubt.

The Ukrainian FA said the cases came from tests on 65 people. None of the players or staff members have been named.

The Ukrainian league restarted last week without Karpaty. The team’s first game was cancelled because of suspected virus cases and the league has now postponed two more matches.

The league had planned to end in mid-July, but the latest setback puts that in doubt.

Karpaty said everyone who tested positive is in isolation and that training has been cancelled for a two-week quarantine period.

Karpaty player Egor Nazarina told Ukrainian TV channel Futbol that he did not believe anyone at the club had displayed symptoms of COVID-19.