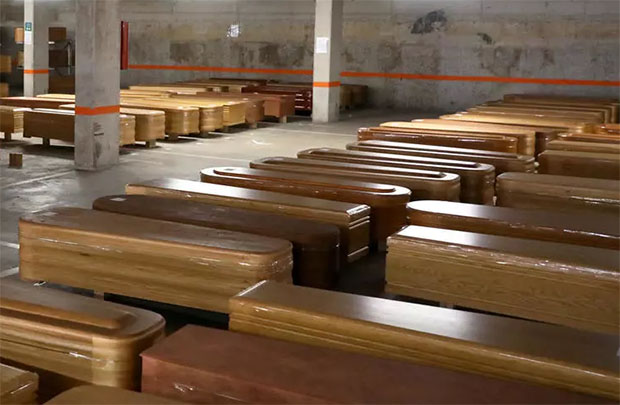 Ho Municipal Environmental Health Officer, Aaron Amedzro, is appealing to the government to resource Coronavirus burial teams for “effective” and safe internment of victims of the pandemic.

“The burials are risky and the labourers are becoming expensive. Access to PPEs has become a challenge and it is endangering the lives of the members of the burial teams. Please pray for us… we are risking our lives and that of our families,” he said.

Regional Environmental Health Officer Sybil Boison, said the Office had been “thinking outside the box” in fighting the spread of the virus.

She said the Office had eyes on all potential hotspots of the COVID-19 in the region including markets, morgues, slaughterhouses, and leisure centres, and was working to improve upon the parameters.

Mrs Boison said setbacks including inadequate office space and funding were challenging the progress of work and appealed to Municipal and District Assemblies for support.
GNA