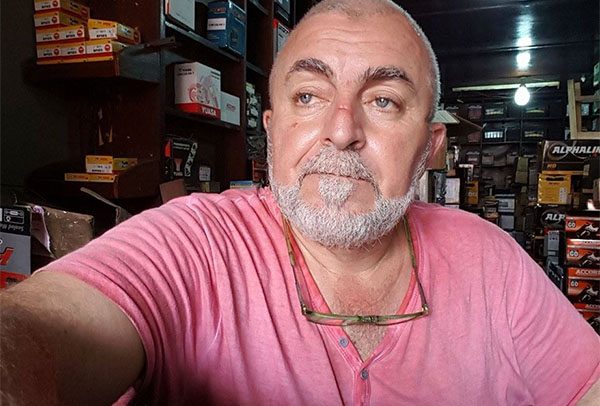 One of the coronavirus (COVID-19) patients being treated in isolation in Kumasi lost his life on Saturday as the country’s case count increased to 21.

The victim, a 61-year-old Lebanese male trader and a resident of Kumasi, was Ghana’s 11th confirmed infection reported on Thursday, March 19. His death brings Ghana’s existing cases to 20.

The late Tarek Minkara was unwell and reported to a health facility with fever (temperature: 39.4 degrees Celsius) and cough. Test conducted on him after he met the COVID-19 case definition proved positive for the virus.

Deputy Health Minister Alex Abban, confirming Minkara’s death on Saturday, said, “The information I got from the Director General of the Ghana Health Service (GHS) is that that person (the Lebanese man) has died. He died today.”

President Akufo-Addo, in a public broadcast on Saturday night, said the health authorities confirmed that the late Lebanese had severer underlining health conditions.

In the course of last week, the toll was 16 but by the weekend it had increased by five to 21.

Three cases – two from the Greater Accra Region and one from the Ashanti Region – were first confirmed in the morning of Saturday, raising the number to 19 cases, with no deaths.

It involved two Ghanaian women aged 55 and 84, who were resident in the United Kingdom (UK) and returned to Ghana within the past two weeks. They both developed symptoms and went to health facilities for treatment and tested positive for the virus.

The single case from the Ashanti Region involved a 27-year-old Chinese male who returned to Ghana (Ashanti Region) in the past two weeks, developed symptoms and tested positive at the laboratory.

By evening same day, two additional cases were then recorded, thereby increasing the number of confirmed cases to 21.

However, details of the last two patients were not given by the health authorities.

The other patients are said to be doing very well and were being managed in isolation.

Ghana recorded its first cases of confirmed COVID-19 on March 12, involving a Norwegian diplomat and a Ghanaian national.

All six cases were, therefore, imported into the country. The figure remained stable until March 17, when an additional case was recorded involving a Ghanaian male who had returned from France.

Two additional confirmed cases of COVID-19 were recorded on March 18, bringing the total number to nine.

It involved Ghanaian male and female who had travelled to the United Arab Emirates and the UK respectively.

Another set of two more cases from Kumasi were recorded on March 19, involving a Ghanaian lady who was resident in the UK before returning to Ghana and a Lebanese trader resident in Kumasi.

The cases included two persons who have no travel history or evidence of close contact with infected persons.

This sparked fears that the COVID-19 could be assuming a community spread dimension.

Community spread means people have been infected with the virus in an area, including some who are not sure how or where they became infected and their movements do not suggest they travelled to areas where the infection rate is higher.

The GHS official website for updates on the outbreak response said the other victims were a 34-year-old Ghanaian lady, a resident of Accra, who came into contact with a confirmed case at the place of work, also tested positive for the virus.

The other two cases, which were imported, involved a 41-year-old Ghanaian male who arrived in Ghana by KLM on March 15.

He indicated exposure with family members in Amsterdam exhibiting respiratory symptoms and also on the flight, with some passengers sneezing and coughing.

A 36-year-old Ghanaian male resident of Paris, France, with no confirmed date of his arrival in Ghana and no evidence of contact with infected person(s) also tested positive for the virus.

Health authorities say contact tracing has been initiated for contacts of the confirmed cases.