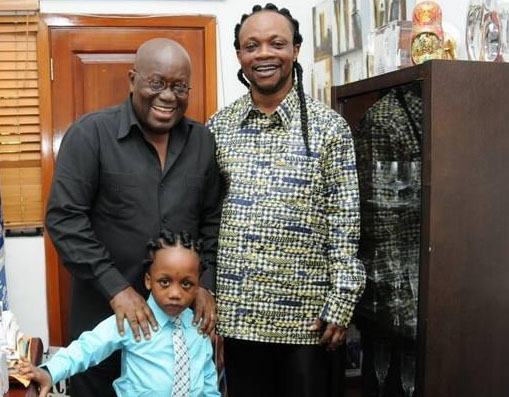 Legendary highlife musician, Daddy Lumba, born Charles Kwadwo Fosu, is making a comeback with a new endorsement song to impress upon Ghanaians to retain President Akufo-Addo in the 2020 general elections.

President Akufo-Addo announced the new song in a tweet on Tuesday.

“Official Daddy Lumba endorsement video loading … #4MoreForNana,” the President indicated when he shared snippets of the song endorsing him.

Lumba joins the likes of Samini and Sarkodie who have already released songs to endorse the four more years for Nana Akufo-Addo to do more campaign.

Earlier this month, both Sarkodie and Samini shocked their fans with the release of the songs titled Happy Day and Kpoyaka respectively. They have since been making the headlines as a result.

But this is not the first time Lumba is endorsing Akufo-Addo. He has done that in previous elections.

One of his big hit releases for the Akufo-Addo campaign is the song titled Nana is a Winner which was recorded for the 2016 election. Many critiques have praised the song as a good one.

Lumba’s endorsement also follows that of a number of other showbiz personalities such as Shatta Wale, Prince David Osei, Jessica Williams, Socrates Sarfo, Toosweet Annan and a host of others.

Jack Where Are They?