Jack Where Are They? 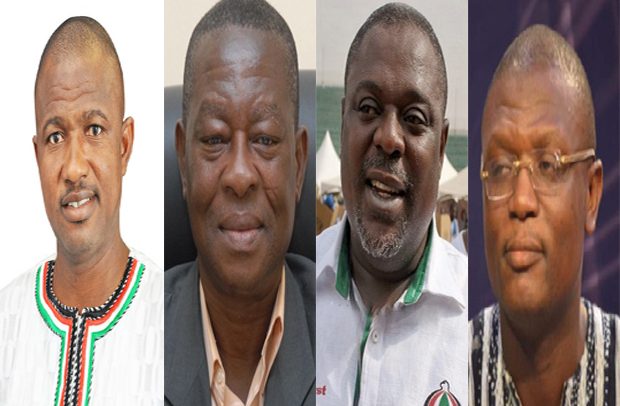 In the run up to the 2016 general election, these vibrant politicians made it look as if heavens would fall if the NDC lost the elections. To them winning the 2016 elections was a done deal. They were just waiting for the results for them to stamp “mission accomplished” on their well-built chest and walk tall. Money, logistics and political power were ready at their beck and call. Chiefs and queen mothers fell head over heels in support of their party simply because they distributed “V8” vehicles to them and thereafter, charged them to come along with their subjects to vote massively for the almighty NDC. There was no need for them to worry about the Volta Region because the Voltarians had been “captured and locked up” and the founder of the party was rendered powerless.

Voters in the Zongos? Forget! Rawlings had ‘brainwashed’ them over the years and their brains had been bridled so they knew no political party but only the NDC, so they thought.  They had their rented press and their attack German dogs led by Salifu Maase, alias Mugabe, who were charged to attack, attack and attack candidate Akufo-Addo and his running mate. Mugabe threw caution to the dogs and stooped so low to take an accomplished statesman like Nana Akufo-Addo to the cleaners. This irresponsible half-baked politician and half-baked journalist later became a jailbird before we went to the polls. That was when the mighty Lord of Israel raised up His might and strong hand.

The reason why at a point in time when the results were being collated Koku Anyidoho said they were in a comfortable lead was obvious. They trusted Charlotte Osei, EC boss, will do the trick. When the magic wand went bad, Kofi Adam came out unknowingly to tell the world that an I.T failure led to their loss.

The ship of state was captained by an incompetent sailor who relegated his chief mate to the background and subtly replaced him with his wife. So when the ship ran aground after she had hit an iceberg, engineers, sailors, cooks, stewards etc jumped ashore, leaving behind a grounded ship.

Ship ahoy! Shouted the new captain on board. And his chief mate, chief engineer, chief steward and sailors jumped on board. Today, Captain Akufo-Addo and chief mate Bawumia have been able to steer the grounded ship back to the deep sea and sailing to the Eldorado. If you have been a sailor before you will appreciate the fact that when a competent captain has a competent chief mate at the captain’s bridge, the job of the captain is lessened. All the captain has to do is to concentrate on peeping through his binoculars to see afar. The job of steering the ship is left in the hands of the competent chief mate. The ship in particular is in safer hands if you also have a competent chief engineer in charge of the engine down below. Are you confused? I am referring to Nana Akufo-Addo as the Captain of the ship of state, Dr. Bawumia as the Chief Mate and Ken Ofori-Atta as the Chief Engineer.

If you have sailed past the Rock of Giberator before, you will realize how difficult it is to steer a ship in troubled waters. Today the ship of state is on calm waters and the prospect of reaching the Eldorado is certain. The sages say the fool will not allow you to step on his testicles twice. To give John Dramani Mahama a second chance is to turn back the clock of progress. We did not come this far to suffer again.

John Mahama should have thrown in the towel long time ago when those who mattered in the party started to exhibit indifference in the run-up to the 2020 general election. For now he has surrounded himself with very few upstarts who continue to muddy the waters for him.  In his desperation Mahama has turned to insults to vent his anger.  But who is to blame?  The sages say if you know how to fight your own fight God will not fight for you. Mahama was misled into believing that without those names mentioned above, he could fight his own battle with his boys who knew nothing about the nitty-gritties of politics.

Since the death of Professor Mills, Mahama decided to throw Rawlings into the dustbin of history.  He has deliberately decided to distant himself from the June 4 and 31 December annual celebration and in fact, to him Rawlings is yesterday’s man who doesn’t matter in the scheme of things.  Recently when Rawlings organized a funeral celebration for his beloved mother, Mahama and his chosen few did not give the occasion the prominence that it deserved.

Mahama is an ungrateful man.  He has all too soon forgotten that it was Rawlings who made him what he is today.  Rawlings picked him from corner in Bole, washed him and made him a Deputy Minister of Information before elevating him to a Cabinet Minister.  Oh, yes, Rawlings was instrumental in choosing Mr. Mahama to become the running mate to the late Mills and went ahead to campaign for the NDC to come to power in 2008.  It was the biggest mistake that Rawlings did.

Before Rawlings could blink his left eye, Mahama grew feathers and started acting like the spoilt child of opulent society.  As for Madam Nana Konadu Agyemang Rawlings, the Amazonian woman who worked beyond human endurance to form the NDC, Mr. Mahama has refused to see eye to eye with the lady.  Na so the world be! Barely three weeks to the crucial general election Mahama is still swimming in a crocodile infested river.  He will surely end up in the jaw of a Nile crocodile.

Abandoned By Their Spouses

We are in interesting times, new things have come with new challenges, put aside for the moment the Covid-19 challenges and focus instead on what is happening in our political environment. While Nana Akufo-Addo and Dr. Bawumia are criss-crossing the regions, propagating the gospel of the good works of the Akufo-Addo-led government, their spouses, Aunty Becky and Samira, are out there firing from all cylinders and wining more souls for the elephant family. Other ministers are on the road running like horses and preaching the good news.

On the other hand John Mahama is “I walk alone” and moving around spreading nothing but rubbish, lies, insult and untruth to the electorates. He still believes Ghanaians are forgetful as he said. He tells his listeners that when he comes back he will do the free SHS better, forgetting that his party told Ghanaians that free SHS will only be feasible in 20 years to come. The man who told us that we are forgetful is no more forgetful than us. He sees the rented crowd and begins to smile as if he has seen the testicle of his father-in-law. Like Alice, the man is living in wonderland. Prof Naana Opoku Agyemang, his running mate has found herself in a snake pit, getting out is impossible else she would have thrown in the towel. If she had known that the above mentioned leaders of the NDC would abandon ship, she would have not accepted to become the running mate. Lordina Mahama has wised up. She was blamed for contributing to the abysmal performance of the NDC during the 2016 general election. The Kwesi Botchwey report captured her as a one of the factors which led to the disgraceful performance of the party so Mrs. Mahama has recoiled into her shells and that is better for a lady who has realized that her best is not good enough for the NDC.