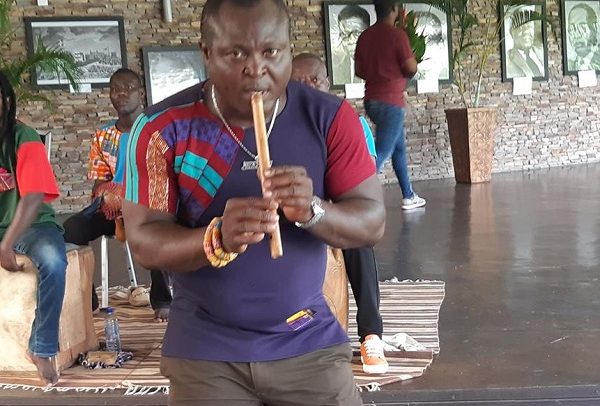 Ghanaian flute virtuoso Dela Botri, alongside Hewale Sounds, will on Wednesday, November 13 perform at the Goethe-Institut in Accra as part of a monthly series dubbed ‘Goethe Kotosa’.

Noted for a dramatic blend of Ghanaian traditional rhythms and their contemporary extensions, the group is set to reveal the hidden richness of their compositions, which has enchanted audiences in various parts of the world.

With songs in Ga, Ewe, Twi and English, his music equally shows the ability of Botri to fuse various rhythms in high scales and notes resulting in compositions that reveal the beauty of blending cross-cultural rhythms.

A devotee of contemporary music, Botri has held workshops in a number of universities and performed to varied audiences in the Middle East, Europe, USA and several countries in Africa.

In 2013, he performed with the late acclaimed Malian balafon player Keletigui Diabate in Accra.

He also joined Liberian star Miatah Fanbulleh to perform at the 2011 Novel Peace Prize Awards in the Norwegian capital, Oslo. Goethe-Institut Ghana is supporting the performance.