Didn’t Our ‘Transcendent Men Of God’ Envision The Arrival Of The Pernicious Coronavirus? 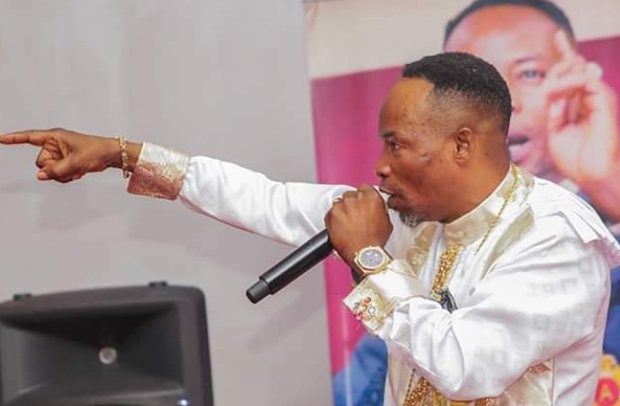 In these extraordinary days of social restiveness amid the untimely appearance of the mysterious and insidious coronavirus, I took time off my tight schedule and blissfully delved into the prophecy archives of our ‘men of God’ with a view to ascertaining whether there had been earlier prophecies on coronavirus.

But to my utter disbelief, I did not come across any of such prophecies. “What a surprise”! I murmured in amazement.

So I thought I was dreaming. But I was not. I was wide awake. Wonders shall never end, they say.

Interestingly, however, a long-term confidant of mine concluded somewhat passionately that our ‘men of God’ are rather experts in predicting issues about the two main political parties (NPP and NDC).

My friend then posed somewhat paradoxically: “so do you believe that they are really ‘men of God”?

I responded, “But isn’t it written that false prophets can sometimes perform impressive miracles to deceive their followers?”

All the same, I continued by referring my friend to Mat 24:24: “For there shall arise false Christs and false prophets, and shall show great signs and wonders; insomuch that, if it were possible, they shall deceive the very elect.”

In fact, the Bible talks about false prophets and their self-expansiveness and the need for their followers to be on their guard.

The influx of the so-called men of God and their revoltingly ugly activities are a cause for concern, so to speak.

How long should we endure the complexities of false prophets and their antipathetic interpretations of Christianity?

In Ghana today, no one can deny or ignore the fact that false prophets are blissfully at work, and command a multitude of truth seekers, many of whom lack knowledge, hence following the con-artists who are probably resorting to black magic, albeit masquerading as ‘men of God’.

Regrettably, the founders of the ‘one-man churches’ have succeeded in hoodwinking, proselytizing and swindling unsuspecting truth seekers, who only want to be adulterated, more ‘palatable’ forms of TRUTH, watered down and compromised for convenience.

Whatever the case, I cannot for the life of me get my head around how and why any authority on this planet would turn a blind eye to the complexities of false prophets and their antipathetic teachings of Christianity and societal norms.

In theory, the prudent line of action is for the authorities to review the repulsive activities of the false prophets and if possible circumscribe their activities accordingly.

More so, it is incumbent on the truth seekers to be cautious in their attempts to finding the truth.

In my humble opinion, it is inconsequential on the part of individuals who are seeking to enter the Kingdom of God to veer from what the Bible really teaches and instead of following the latter day prophets of ‘Nimokafrim and Ayetefrem’ who will only lead them further into the ‘wilderness’.

To be quite honest, the way forward is to search for the truth in the Bible yourselves and avoid relying solely on charlatans who are only lulling you further into the wilderness.

We hear day in and day out on how some truth seekers are being swindled and often maltreated by the same ‘men of God’ who claim to be leading the truth seekers to ‘Heaven’.

Meanwhile, the truth seekers are being ‘perished’ for the lack of knowledge.

It is written, “but the prophet, which shall presume to speak a word in my name, which I have not commanded him to speak, or that shall speak in the name of other gods, even that prophet shall die.”(Deuteronomy 18:20).

Jeremiah 14:14: “Then the LORD said unto me, The prophets prophesy lies in my name: I sent them not, neither have I commanded them, neither spake unto them: they prophesy unto you a false vision and divination, and a thing of nought, and the deceit of their heart.”

And if thou say in thine heart, how shall we know the word which the LORD hath not spoken? (Deuteronomy 18:21).

When a prophet speaketh in the name of the LORD, if the thing follows not, nor come to pass, that is the thing which the LORD hath not spoken, but the prophet hath spoken it presumptuously: thou shalt not be afraid of him (Deuteronomy 18:22).“

Undoubtedly, the so-called men of God are motivated by power and wealth and nothing else! For we can verify this assertion from Micah 3:9 [NIV] “Hear this, you leaders of the house of Jacob, you rulers of the house of Israel, who despise justice and distort all that is right”; Micah 3:10 [NIV] who build Zion with bloodshed, and Jerusalem with wickedness. Micah 3:11 [NIV] Her leaders judge for a bribe, her priests teach for a price, and her prophets tell fortunes for money. Yet they lean upon the LORD and say, “Is not the LORD among us? No disaster will come upon us.”

Jeremiah 14:15, “Therefore thus saith the LORD concerning the prophets that prophesy in my name, and I sent them not, yet they say, Sword and famine shall not be in this land; By sword and famine shall those prophets be consumed. Jer 14:16 And the people to whom they prophesy shall be cast out in the streets of Jerusalem because of the famine and the sword; and they shall have none to bury them, them, their wives, nor their sons, nor their daughters: for I will pour their wickedness upon them.”

The so-called men of God are claiming to be performing miracles in the name of Jehovah God to the amusement of their followers. But the question one may ask is: are those miracles really from God?