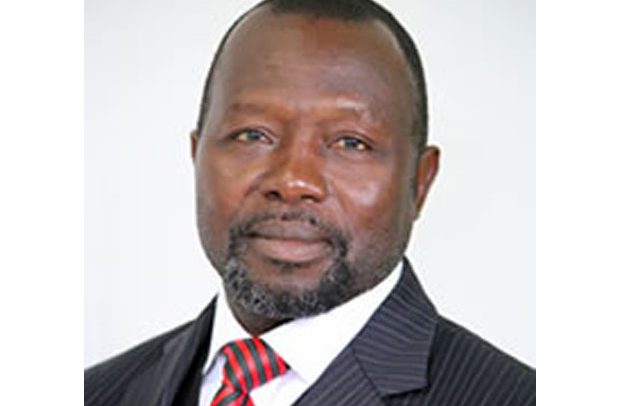 The Supreme Court yesterday reprimanded the former Deputy Attorney General under the former National Democratic Congress (NDC) administration, Dr. Dominic A. Ayine, after he was cited for contempt of court.

Dr. Ayine appeared in court led by his counsel, Frank W.K. Beecham, a former President of the Ghana Bar Association (GBA), after being summoned by the court for scandalizing the courts with his comment.

The panel presided over by Chief Justice Kwasi Anin-Yeboah told the former Deputy Attorney General to use the same medium that he previously used to scandalize the court, to retract the same comment made against the court and apologize to the Supreme Court bench for such unguarded statement against the bench.

“You have been summoned here by this court to show course why you should not be committed for contempt because on February 16, 2021 you made certain comments that were very scandalous to the court,” the Chief Justice said.

Mr. Beecham pleaded profusely for clemency for Dr. Ayine, who doubles as NDC MP for Bolgatanga East in the Upper East Region, from the court and said his client was very remorseful for his comments which the judges acknowledged was a dangerous one.

Mr. Beecham said it was not Dr. Ayine’s intention to scandalize the court and said it would not happen again.

The court accepted the apologies of the counsel but said that as a former Deputy Attorney General he should have weighed the consequences and implications of his utterances about judgments of the Supreme Court.

The court said it was not going hand any form of punishment to the contemnor but warned him to refrain from any such unguarded statements against the court.

“This is the order of the court. We accept the apology of the counsel for the contemnor, but we, however, order that the contemnor purges his contempt by retracting the scandalous statements on the very same medium before Thursday, February 25, 2021, when the court will reconvene to hear the contempt case,” the Chief Justice directed Dr. Ayine.

The court would be sitting again on Thursday, February 25 and decided whether it was indeed satisfied with the execution of the directive given to Dr. Ayine.

Dr. Ayine launched a verbal attack on the judges last week after the court had ruled that the petitioner was not going to be allowed to reopen his case after closing it.

Speaking as a spokesperson for the petitioner after the hearing in Accra, Dr. Ayine then accused the highest court of reducing the four or five issues (in his own words) set for determination of the petition to just an issue.

“These are all germane issues under the laws of Ghana and to reduce the petition into a single issue petition is rather unfortunate and it smacks of a predetermined agenda to rule against the petitioner in this matter,” he said.

He had said, “The Supreme Court asked itself a question which we deemed was a wrong question and answered that question. It asked why the chairperson was needed to account to the people of Ghana when she was not the party to the suit. Now you will recall that counsel made it very clear that one of the reasons why we were in court was because of the unconstitutional conduct of Mrs. Mensa as the returning officer under the constitution and it was not true that it was only an issue that needed to be determined in this matter,” he said.

“I am surprised that the Supreme Court itself, having set out four, I mean, five issues to be determined, is now reducing the issues to one, which is whether and the extent to which the evidence that we have shows that no one got more than 50% of the votes in accordance with Article 63 of the constitution,” he said, adding, “We have made it abundantly clear in the petition that there were a number of infractions. We are contesting even the constitutionality of the declaration that was made. We are saying that she violated Article 23 of the constitution because she is an administrative body. We have also said her exercise of discretion was contrary to Article 296 of the constitution.

Dr. Ayine said “the Supreme Court was called upon this morning to exercise its judicial discretionary power to determine whether we should reopen our case. Now in doing so, the court was bound by the provisions of Article 296 of the constitution, and we thought that the reasons as I had said that the court gave were not acceptable and tenable.  The reason is simply because you cannot expect that we should have made our evidence available so that the court will now determine whether it will help the case.”

He said, “In any case, the petition and other pleadings filed before the court made it clear, and any trained lawyer would know that the pleadings showed very clearly, the evidence that we would need to prove the facts in the issue,” adding “and so for the court to say that we are bound by law to make our evidence available for them to assess before allowing us to reopen our case is a legally problematic proposition and therefore we disagree with the court.”

“We think that the court by this decision has not done the people of this country a great service in the sense that Ghanaians are interested in knowing the truth. Our constitution is very clear that justice emanates from the people and must be exercised in the name and for the welfare of the people,” he said.

He also said that “Till date if you go to the website of the EC, the figures have changed five times. Are we not worried as a nation that the returning officer appointed under the constitution cannot even explain to us what happened? She made a declaration based upon a figure that she herself changed without recourse to the law. Is this something that we want public officers to be engaging in? And secondly, she is a public officer and as a public officer she is accountable to the public.”

“Why is it that she cannot be called to testify? Why is she being treated as if she is a private person? Why does the court treat this important constitutional matter this way? We are disappointed in the court and maybe the issues that we have raised will feature in the review application to the court. We are also filing a motion for stay of proceedings pending the hearing of our review application,” he added.