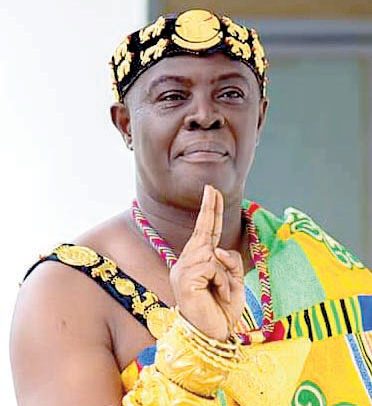 The Dormaahene, Osagyefo Oseadeeyo Agyemang Badu II, has commemorated the 22nd anniversary of his enstoolment in grand style.

The celebration came off in Dormaa on Monday, June 7, 2021, where a colourful durbar was held to celebrate the occasion.

The Dormahene is using this year to rekindle his effort to check the indiscriminate destruction of the environment and get his people to always keep their surroundings clean.

Osagyefo Oseadeeyo Agyemang Badu II was enstooled on June 7, 1999 as the paramount chief of the Dormaa Traditional Area.

He has since spearheaded development of his traditional area and championed the betterment of the lives of his people.

Under his reign for instance, a modern District Police Headquarters was commissioned for Dormaa in 2019 to coincide with the 20th anniversary of his enstoolment.

He has since 2000, established Dormaaman Educational Endowment Fund, which has provided bursaries to brilliant but needy students.

He also established the Dormaaman Development Fund, which has provided infrastructural projects within the traditional area, including a stadium and hotels, and as part of the effort to ensure proper sanitation has supervised the building of many places of convenience.

In his speech during the celebration on Monday, the Dormaahene said the protection of the environment is going to be intensified because the threat of environmental degradation, especially through illegal mining, is real.