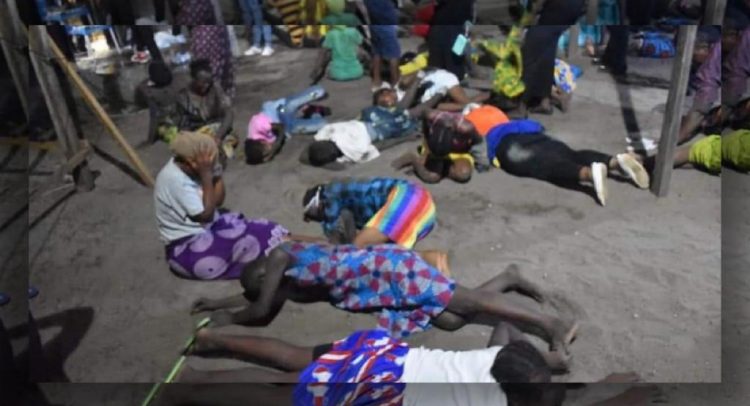 Close to 30 people including 11 children and a pregnant woman, have died in a stampede at a church in Liberia’s Capital, Monrovia.

According to officials the incident,which occurred at a densely populated area of the capital, happened when a gang of thugs armed with knives attacked some of the congregants during a service at about 9 pm on Wednesday.

The police spokesman said one person has been arrested.

The pastor, Rev. Abraham Kromah, who was holding the ceremony and who runs a church in the New Georgia township of Monrovia, was also brought in for questioning.

The bodies have been taken to the morgue of Redemption Hospital, close to where the incident occurred in a beach area called New Kru Town.

As word spread that people were being robbed on their way out, members of the church, the World of Life Outreach Mission International, tried to get out through a narrow gate in a fence that surrounded the soccer ground, eyewitnesses said.

The Federation of Liberian Youth, a powerful group in a nation where over 60 percent of the population is under 25, said that it was a sign of the “national security emergency facing the nation from its youthful population.”

A stampede at a similar prayer event in the center of Liberia in November 2021 killed two infants, and hospitalized several others, according to local media.

Liberia, Africa’s oldest republic, is an impoverished country that is still recovering after back-to-back civil wars between 1989-2003, which killed about 250,000 people.

2 Arrested for Selling ‘Wee Toffees’ To Pupils In Tamale