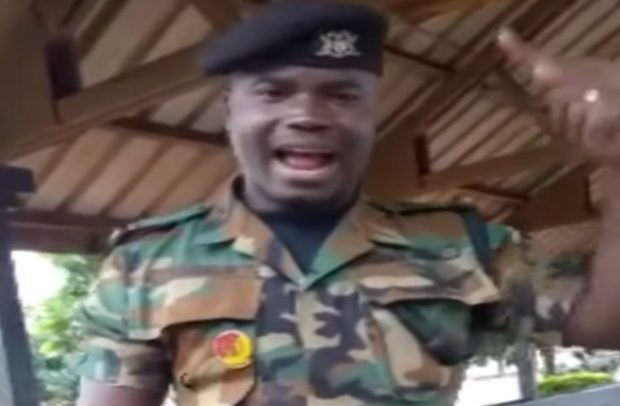 The soldier who made the headlines after he joined the fray of verbal attacks on the proposed chamber project for the House of Parliament has been released from the guardroom where he was incarcerated after being charged for a breach of military standards.

He recorded himself making the unusual remarks as a soldier and released same on social media.
He was sentenced to 90 days in guardroom.
In their reaction, the Economic Fighters League, a pressure group that was vociferous in criticising the intended building of the chamber, lauded the action according to a Joy online report.

“We are happy to inform all Fighters and the general public that Lance Corporal Wassa has been released from detention,” the EFL wrote.

The Fighters League had petitioned President Nana Akufo-Addo over the soldier’s incarceration.

The EFL said the Lance Corporal “echoed the same sentiments that were being shared by the masses. He demonstrated bravery in speaking out for his country when it was clear that well-meaning people could not keep quiet.”

“Even though his release was not through pardon as we petitioned the President to do, we see it as a positive development,” the statement added.

Meanwhile Parliament has been forced to abandon the intended construction following pressure from the public.