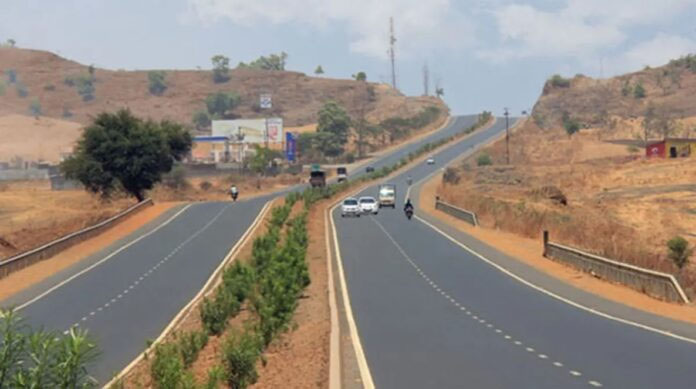 The Okyenhene, Osagyefuo Amoatia Ofori Panin is urging the government to take immediate steps to dualize the major road network across the country to reduce the constant road accidents.

The Okyenhene who expressed worries over the numerous accidents being recorded on the major roads due to their poor state blames the situation on the failure of the past governments to dualize them.

According to the Okyenhene, the accidents occurring on daily basis will be reduced when the roads across the country are in good shapes, hence there is an urgent need to dualize most of the major roads to save lives.

The Okyenhene was making the comments when the team from the NHIA led by Dr. Bernard Okoe Boye paid a courtesy visit to him to officially seek his support and advice since he was appointed as the CEO of the NHIA by the President.

Dr. Okoe Boye was accompanied by his two Deputy Chief Executives and other management members.

Osagyefuo Amoatia Ofori Panin explained that “For 65 years I don’t understand why we are unable to dualize the Accra to Kumasi road until social-economical President Akufo-Addo began the dualization from Nsawam to Apedwa”.

He continues, “and since the dualization began there has never been one vehicular accident, ask yourself why? And we are allowing people to just die, when we do the roads well it is not only for safety purposes but it is connecting disadvantaged people of their communities to the social-economic opportunity that will help all of us”.

The Chief Executive Officer of the NHIA Dr. Okoe Boye said the Okyenhene has always been his backbone at any given time hence it is imperative to accord him the needed respect to officially seek his blessings and support following his appointment as the CEO of the NHIA and it doesn’t come at any good time than the period when Okyeman is preparing to celebrate the Ohum festival.

Dr. Okoe Boye further revealed that as part of the government flagship programs and initiatives, NHIS is bringing on board new interventions to benefit the Ghanaian population.

He explained that “Through Nana Akufo-Addo, we are coming up with new initiatives, today we have extended the health insurance to cover certain things at first it will not cover”.

“At first the insurance does not cover children who suffer from cancer but now from next month July children with cancer will be treated free once they have registered on the health insurance,” he said.

“The second one is about children with sickle cell, there is a special medicine called hydroxyzine urea that we have been able to get through the able leadership of Nana Akufo-Addo, and this medicine when given to a sickle cell patient it takes away the pains and gives them the quality of lives they deserve to live long without any suffering therefore from next month health insurance will take care of sickle cell patients”.

He added that “our law says if you are 70 years and above and you register for health insurance, you don’t have to pay any premium, you only have to pay processing fees, GHC 5 for rural area dwellers and GHC7 for those in the cities and it takes one month before your card begins to work so we have realized that it is affecting most of the elderly in our society since they get stranded at most hospitals”.

“Because of that, my board chairman has given me the green light to announce to Ghanaians that from next month if you are 70 years and above and you have your NHIS card, there will be instant card activation for all such persons who fall within that category”.