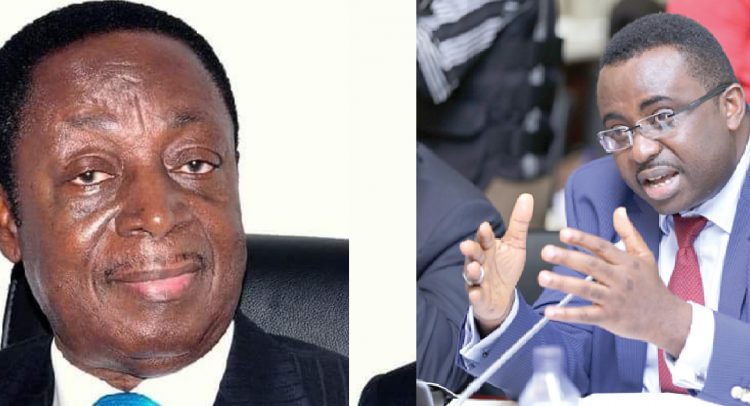 A former Finance Minister Dr Kwabena Duffuor and eight others standing trial over the collapse of uniBank have been granted a ¢60 million bail with three sureties with two to be justified.

Court correspondent, Joseph Ackah-Blay reported that the court has also ordered the accused persons to deposit their passports with the clerk.

The presiding judge, Justice Philip Bright Mensah warned all lawyers in the case against granting interviews.

He says he will personally report them to the General Legal Council if he hears even one of such interviews anywhere.

During the proceedings Wednesday, the Attorney General accused a former Deputy Governor of the Bank of Ghana, Johnson Asiama, of contriving a scheme that saw ¢300 million disbursed to the Universal Merchant Bank for the benefit of uniBank without following “mandatory statutory conditions”.

Gloria Akuffo explains this was done despite the BoG official being aware of the weak financial state of the defunct uniBank.

The Attorney General also accused Kwabena Duffour, founder of Unibank and his company Hoda holdings of dishonestly receiving over ¢600 million through its subsidiaries out of customers deposits with uniBank.

Ms Akuffo today presented the facts of the case charging Mr Asiamah, Mr Duffour and seven others with charges including falsification of accounts, money laundering, fraudulent breach of trust and willfully causing financial loss to the state.

A former Finance Minister, Dr Kwabena Duffuor, Dr Asiama appeared before the High Court for the first time since they were put on trial for their involvement in the collapse of Unibank.

They are standing trial with seven others, including the son of Dr Duffuor who until the collapse of uniBank was Chief Executive officer and has also been accused of playing certain roles that led to the folding up of the bank.