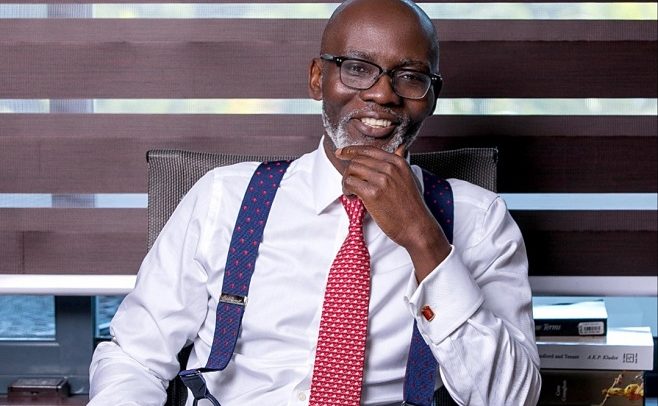 A leading member of the New Patriotic Party (NPP) Gabby Asare Otchere- Darko has given indications that the government might consider going to the International Monetary Fund (IMF) to revitalise the economy in order to boost investors’ confidence as a result of the controversial Electronic Transfer levy (e-levy) not delivering as expected.

He disclosed that the e-levy is not delivering the amount of money the government had expected.

According to him, e-levy after months of stalemate is delivering only 10 percent of the amount of money the government expected it to deliver.

Mr. Otchere-Darko is calling on the government to take some measures that will boost investors’ confidence in the country as part of measures in saving the ailing economy.

In a series of tweets Monday, he said “After 5 months of stalemate and bashing, the e-levy, after implementation, is delivering only 10% of estimated revenues; our revenues remain very low as compared to the rest of the world; debt levels dangerously high, cedi, like most currencies, struggling against the US dollar,” he said.

He however indicated that in as much as he is not against the IMF programme, it must be in principles and not an IMF programme that gives the country peanuts but imposes conditions that will end up hurting the poor, jobs and businesses more.

“Am I against an IMF program in principle? No” he tweeted.

He continued that “I am not for an IMF program that throws peanuts at us but imposes conditions that will end up hurting the poor, jobs and businesses more. Covid-19 and War in Ukraine are not of Africa’s doing but more to our doom. A program that pretends it is all our doing is doomed to fail.”

“We do something that will inject confidence in our capacity to ride this heavy storm and that something should happen pretty quickly. Are you against an IMF program?”

He stated also that access to education and vocational skills are expanding more than ever, roads have been built and more being built than ever before but the trouble is how to ride the current storm in the economy as a result of the pandemic and the geopolitical tension between Russia and Ukraine.

It however appears the issue concerning Ghana returning to the IMF for support is not out of the equation as a result of challenges confronting the local economy.

Some economists have suggested that Ghana needs to go back to the IMF.

They believe that the country was not going to be able to resolve its fiscal challenges without going to the IMF.

One of such persons is the Chief Operations Officer at the Dalex Finance, Joe Jackson who recently said “I think the IMF is the most option to check the excesses we face.

“Our budget deficit is huge, there is no fiscal space, we need the IMF to support us so that the foreign markets and the flow of funds will be maintained. I honestly don’t see how we will get round this without going to the IMF.”

Also, Dr Adu Sarkodie was also of the view that Ghana is likely to return to the IMF for support but he expressed fears that going to the IMF would affect some of government’s programmes such as the free Senior High School, Nation Builders Corps (NABCO) and others.

“We are likely to go back to the IMF. I don’t like it when we go there because of the conditionality. They may ask us to cancel Free SHS, NABCO, and all that but this is the time we need all these social interventions,” Dr Adu Sarkodie told 3FM on Thursday June 16.

However, the Finance Minister, Ken Ofori-Atta, recently insisted that Ghana would not go back to the IMF for support.

In his view, the government has put in place measures including salary cuts and others, and also programmes to deal with the fundamental issues affecting the economy.

Mr Ofori-Atta said these when he was asked by a foreign journalist whether Ghana would consider going back to the IMF, at a press conference in Accra on Thursday May 12.

He said while answering the question that “All the white folks are just interested in us coming in the IMF programme. I always wonder why.”

“We are members of the Fund; there are two major points of interventions that we have from the fund. One being the advise that we get because of the phenomenal expertise that the fund has and then secondly, these programme interventions which bring us some resources.

“I think, if you see from the budget that we constructed for 2022 and the subsequent announcement that we have done, clearly, the issue of Ghana having the capacity to think through the consolidation exercise exists. Also discipline itself with regards to the 20 per cent, etc, that we have shown clearly.”

He further indicated that “We have committed to not going back to the fund because in terms of the interventions and policy we are right there, the fund knows that we are completely in the right direction. The issue is, validating the programmes that we have put in place and then, in my view, supporting us to find alternative ways of financing or re-financing our debt, reprofiling it.”

Meanwhile, the government will begin from today Monday June 27 to Wednesday June 29 conduct a series of engagements with key sector players within the Ghanaian economy to assess the impact of the economic mitigation measures that were announced in March this year.

The exercise is expected to enable government to determine whether or not the measures have provided enough cushioning for the adverse effects of recent global crises.

COVID-19 Is Not Over Yet-GHS Regional Director

‘Playgrounds are Essential to the Development of Children’