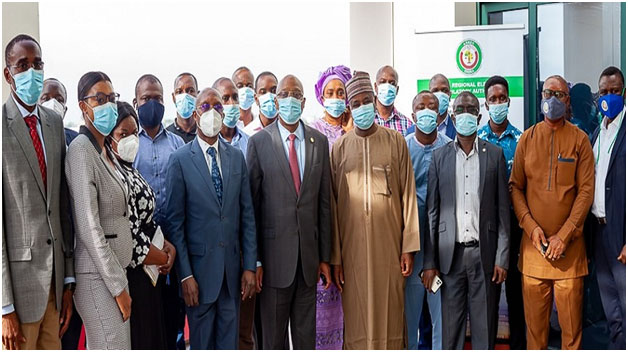 Some members of the ECOWAS Regional Electricity Market

INSTITUTIONS RESPONSIBLE for energy matters in ECOWAS yesterday began a two-day coordination meeting in Accra to consider the status of energy delivery in West Africa.

Among others, the meeting specifically received updates on the status of the ECOWAS Regional Electricity Market over which there had been increased activities, preparatory to the launch of the second phase.

In addition, it considered the state of implementation of priority projects of the ECOWAS Master Plan 2019 to 2033, the emergency power supply programme as well as the project construction of WAPP-ICC (West African Power Pool Information and Coordination Centre) which is based in Calavi near Cotonou in Benin Republic.

The ICC will serve as the Systems Operator and Market Operator (SMO) of the Regional Electricity Market.

Participants were briefed on the progress relating to West African Gas Pipeline Operations, the East interconnection at the Ghana level, the new pricing methodology and issues relating to the strengthening of gas supply.

Other issues for consideration at the meeting included the improvement of payment of deliveries of gas supply, strengthening of ERERA’s human resources and resolving the issue of the headquarters of the Accra-based ECOWAS Regional Electricity Regulatory Authority (ERERA) as well as activities relating to the development of physical renewable energy infrastructure in member states.

The ECOWAS energy institutions each provided updates on the implementation of recommendations from their last meeting which was held in November 2018 in Cotonou. One of the recommendations was an increased synergy among the agencies relating to the implementation of the Energy Governance Programme in West Africa (AGoSE-AO), which was launched in May 2018 and is being funded by the European Development fund to the tune of €32 million.

The AGoSE-AO programme is expected to help improve the governance of the energy sector in ECOWAS Member States and ensure the establishment of an institutional and regulatory framework favourable to the promotion of investments in the sector.

Part of the mandate of ERERA is to promote an environment conducive to attracting investors to the ECOWAS region.

‘I Should Have Been Closer To My Father’