Election 2020: Police advised not to engage in political activities 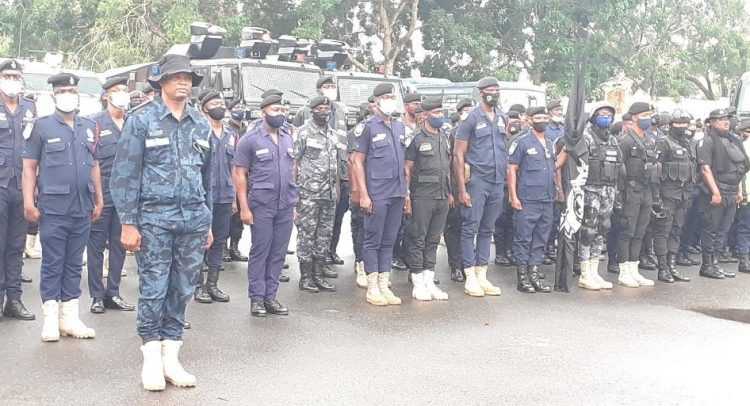 Accra Regional Police Commander DCOP Afful Boakye Yiadom is advising police personnel to be professional in the discharge of their duties and avoid “loose talk” before, during, and after the general elections.

“You are public servants and not politicians, you are not supposed to engage in political activities because it is against the Police regulation which calls for stiffer punishment”, he said.

The Police Commander tasked the officers to be guided by the tenets of the regulations and not involve themselves in political controversies to affect the image of the service.

DCOP Yiadom gave the advice on Monday when interacting with the officers at the Police headquarters after a route march in some principal streets of Accra as part of preparation towards the upcoming December elections.

He said any officer caught involving in political activities would be dealt with according to its laws to serve as a deterrent to others.

DCOP Yiadom said the exercise was to keep the officers fit ahead of the polls since they would need a lot of energy to withstand the long hours of standing during the election day.

As a result, DCOP advised them to reduce their sexual escapades to get enough energy for the electioneering work ahead to avoid any untoward situation.

DCOP Kwaku Boadu-Pepra, Director-General in charge of Operations said the Police were well prepared to ensure peace and stability ahead of the elections.

He said the police has so far trained 1,968 special police officers and noted the IGP had given approval for another 2000 to be trained purposely for the elections.

He said the Police strength should have been 50,000 but were in the region of 35,000 to 40,000, to handle the 33,367 polling stations in the country, but had to rely on assistance from other sister security services to ensure peace during elections.