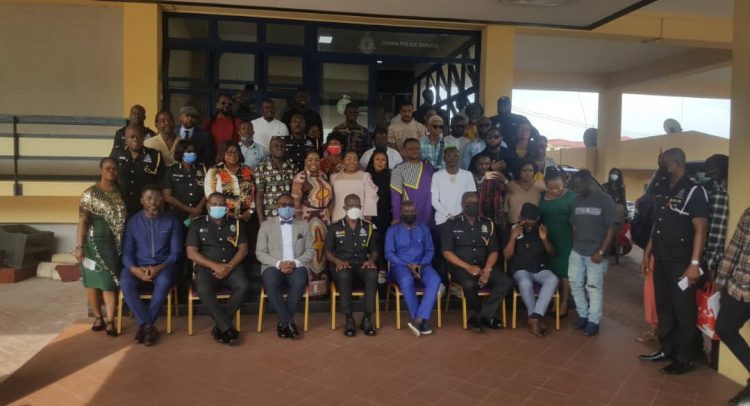 The Inspector General of Police (IGP) George Akuffo Dampare has met with players in the Creative Arts industry to discuss security issues pertaining to their fold and how both bodies can collaborate in curbing crime.

In the delegation were musicians, actors and actresses, members of the Ghana Music Rights Organisation and other celebrities.

“In view of this, he decided this morning to meet you face-to-face to dialogue, hear your concerns, your security needs and how you want security to be shaped in our dear country,” 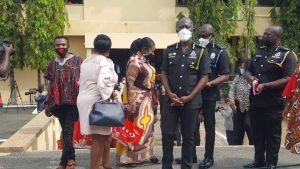 Continuing, ACP Ofori, said the IGP recognizes the fact that the creative industry plays a major role in the socio-economic development of the country.

He said the industry also plays a key role in the security direction, public safety and general well-being of Ghanaians, saying “Looking at what you do out there, you delve into areas of the economy, you delve into cultural issues and you are a tool of social change.” 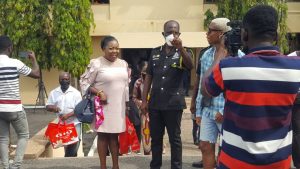 After close to three hours closed-door meeting between the two bodies, Socrates Safo, Director For Creative Arts at the National Commission On Culture (NCC) said his members were able to tell the police their security needs and the kind of support they needed from them.

“We also seek education and clarification of some of the things that we need to do and the lines that we need not to cross,” he said.

“In the line of duty, we are creative people and creativity also has no boundary and sometimes we get so excited that we end up doing certain things unknowingly that may go against the law.”

“Sometimes in the line of our duties we create certain atmospheres that in the layman’s point of view may not be against the law.” 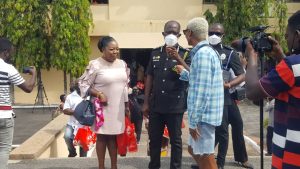 Continuing he said “we have resolved to have sector engagements with the police to address issues of concern.”

Other subjects discussed were patent rights, provision of security during events, misbehavior of some celebrities resulting in arrests, among others.

Meanwhile, Dancehall Musician Shatta Wale nearly caused a stir at the meeting by angrily walking out over what he regards as his unfair treatment at the hands of the police. 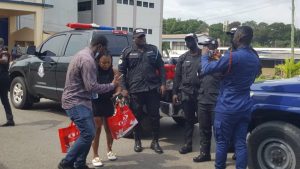 Apparently, the musician had wanted to take videos of the event which was held behind close door and when he was confronted, he walked out of the room complaining about the issue.

“I have come here, I’m sitting down. People are taking out their phones. Me, alone took out my phone, some policeman wanted to stop me, is this fair?” he fumed.

It took the intervention of COP Nathan Kofi Boakye and ACP Ofori, and some musicians to calm down the situation and for Shatta Wale to rejoin the meeting.

After the event, Shatta Wale apologized to Dr George Akuffo Dampare, for the scene created.