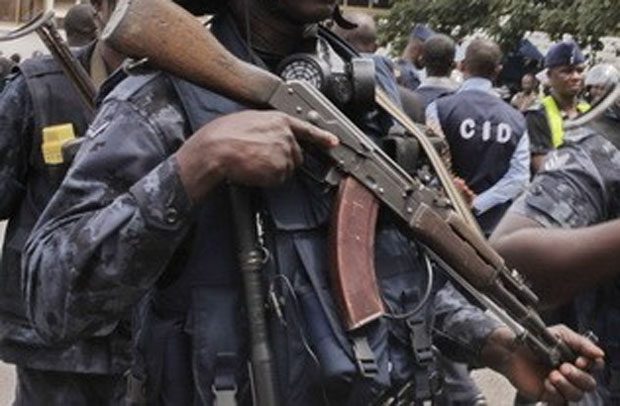 POLICE officers from the Tema Regional Police Command in the Greater Accra Region on Friday shot and killed a suspected armed robber who reportedly attempted to escape from police custody.

The suspect, Joseph Mensah alias Sharp, according to acting Public Relations Officer (PRO) of the Tema Police, Chief Inspector Stella Dede Dzakpasu in a statement copied to DGN online was arrested by police officers in connection with the robbery attack on a Sprinter mini bus with registration No. GN 8428-20 on December 14, 2020, carrying 15 staff members of the B5 Metals Company and cash amount of Ghc 900,000 concealed in a polythene bag meant for payment of wages.

“In the course of interrogation, suspect confessed to land guard activities and volunteered to take Police investigators to Prampram to recover buried guns used by him and his colleagues for their activities,” she stated.

Chief Inspector Dzakpasu said however, on Friday February 12 2021, suspect directed Police investigators to the said bush, where he attempted to escape but was shot by the Police when all efforts to arrest him were impossible and could escape.

According to the police spokeswoman, the suspect was rushed to the Police Hospital but was pronounced dead soon on admission.

The Tema Police Regional Command assures residents in and around Tema of its readiness to fight crime and armed robbery in particular and appeals to the public to volunteer credible information leading to arrest and prosecution of all suspected criminals.