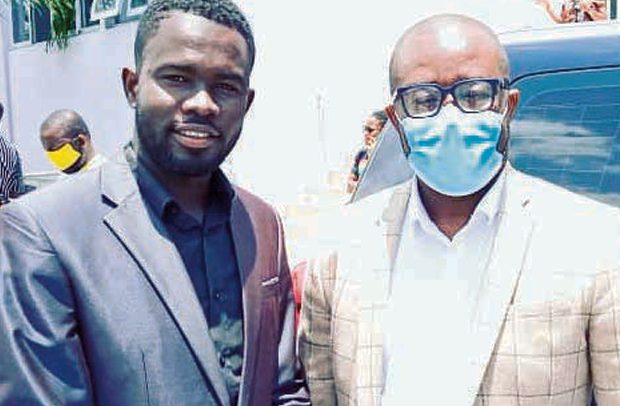 Newly formed and first ever beach soccer club from the port city of  Tema has unveiled Mark Sakoe as their CEO ahead of the new beach soccer season.

Sakoe played beach soccer as a goalkeeper when the sport first took roots in Ghana around 2008.

However, he kicked off his football career as a keeper in Amakom, Kumasi, with Sports Council Colts club before moving to join the U-20 side of Kpando Heart of Lions under Coach Paa Kwesi Fabin.

Sakoe also had a year stint with the U-20 team of Accra Hearts of Oak, while receiving training from the Ali Jaraa Goalkeepers Academy in Mamprobi Accra, training alongside the likes of Sammy Agyei of the Accra Hearts of Oak, Stephen Ahorlu and Joseph Addo, who was then part of the Black Satellites 2009 World Cup winning team in Egypt.

Aside playing football, Sakoe never stopped schooling because education was his driving force as he was always encouraged by his father, the late Rev. William Rambo Sakoe, and mentor, Yaw Ampofo Ankrah.

When the opportunity to travel abroad came knocking, Sakoe landed in Qatar where he grinded out four years in the oil rich Middle East state.

He played and worked simultaneously during the Qatar Workers Cup in 2015 and 2017 as an outfield right back for Dulsco FC in Doha.

He captained Dulsco to become champions in 2017 before moving to Turkey for trials.

Unfortunately while in Istanbul, Mark sustained a terrible ankle injury, which prematurely ended what was a promising football career.

After returning to Ghana in December 2018, he established his own company (MS Group of Companies) with the earnings and injury insurance he made abroad.

Sakoe moved to Kumasi in the Ashanti Region, where, due to his love for football, decided to help the young and upcoming talents get to a level he personally could not reach due to injury.

Samini, Kuami Eugene, Sarkodie Out With Endorsement Songs For Nana