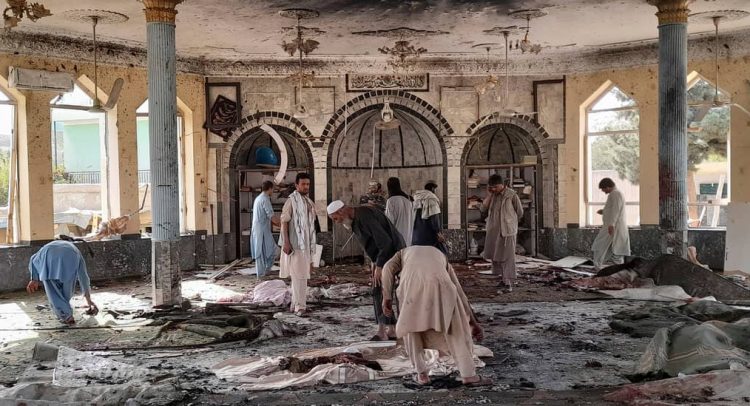 Heavy casualties are feared after an explosion hit a Shia mosque during Friday prayers in the Afghan city of Kandahar.

Local media are reporting that the blast occurred at the Iman Bargah mosque and that several people have been killed.

The explosion’s cause is not yet clear but a suicide bombing is suspected.
The Taliban captured Kandahar, Afghanistan’s second city on 13 August during a lightning offensive.

The BBC’s Afghanistan Correspondent, Secunda Kermani tweeted that IS-K, a local branch of the Islamic State group, is expected to say they were behind the attack.

Last Friday, a suicide attack on a mosque during Friday prayers in the northern city of Kunduz killed at least 50 people. It was the deadliest assault since US forces left at the end of August.