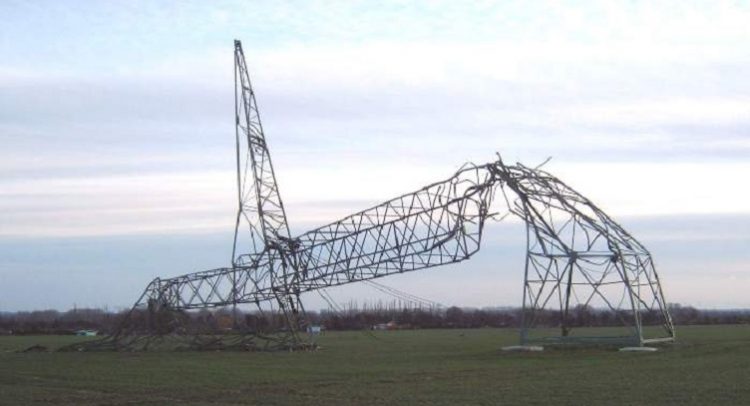 A COLLAPSED communication tower is the main cause of the recent intermittent power outages being experienced in Kumasi, the Ashanti regional capital, an official source has announced.

As a result of this accident, the power being transmitted to the Ashanti Region has been curtailed and this has resulted in outages between 6pm and 11pm.

Consequently, the four major players in Ghana’s power sector – the Ministry of Energy, GRIDCo, Volta River Authority (VRA) and the Electricity Company of Ghana (ECG) – are collaborating to help rectify the anomaly.

Kwame Agyeman Budu, Managing Director of ECG, addressing journalists in Kumasi yesterday, stated that the damaged towers would be erected and begin operating by December 20, 2021.

On behalf of the four major players, he apologised to the people of Asanteman saying that the recent intermittent power cuts were not intentional.

“On November 9, 2021, a communication tower collapsed and fell on the 330kv Aboadze-Kumasi transmission line at Bogoso. Three transmission towers collapsed in the process and were extensively damaged, requiring either repair or complete replacement.

“As a result, most of the electricity supply to Kumasi has since been coming from the Akosombo Generating Station and the power generation enclave in Tema. During peak periods, the available transmission network cannot carry enough power to the country’s middle and northern parts, including Kumasi.”

He also assured that a team of experts have since been dispatched to the accident scene and were working assiduously to erect the damaged towers and restore service to normalise the power situation in Kumasi by December 20, 2021.

The press conference was organised at the instance of the Minister of Energy, Dr. Matthew Opoku Prempeh, who had earlier on said he was concerned about the power cuts.

Meanwhile, the Minister, who doubles as the MP for Manhyia South, is expected to join the team to visit the Asantehene, Otumfuo Osei Tutu II, at the Manhyia Palace in Kumasi today where he would officially introduce himself as Energy Minister to the King.