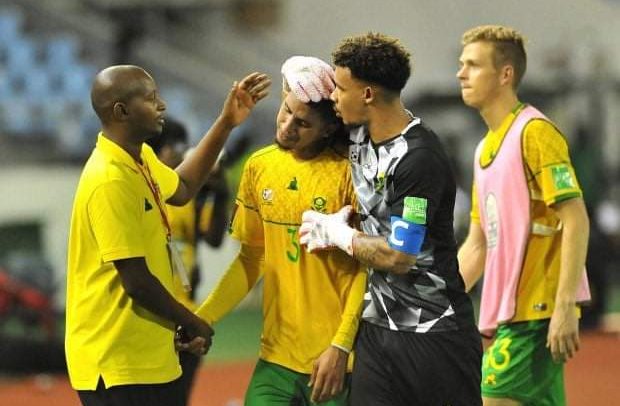 FIFA has dismissed South Africa’s request to have their World Cup qualifier against Ghana replayed.

South Africa made a “formal complaint” to FIFA after the match last month, appealing for a replay after a series of “questionable decisions”, according to the chief executive of their football association.

However, FIFA has now released a statement declaring their request “inadmissible”.

The statement read: “The protest lodged by South Africa has been declared inadmissible by the Disciplinary Committee as it did not meet the requirements foreseen under art. 46 of the FIFA Disciplinary Code and art. 14 of the Regulations of the Preliminary Competition of the FIFA World Cup 2022.

“The decision is subject to appeal.”

South Africa had only needed a draw to reach the third round of qualification for the 2022 World Cup.

South Africa Football Association’s (SAFA) chief executive Tebogo Mothlante said: “The match officials have decided the game, which is not what is supposed to happen.

“We will be writing to both CAF (the Confederation of African Football) and (world governing body) FIFA — firstly to investigate how the game was handled and secondly to challenge some of these decisions.

“We have already registered with the match commissioner that we will be making a formal complaint.”

He added: “We are very disheartened by their actions and we can’t let it destroy the players — when we have the chance to challenge, we will challenge.

“We feel very much robbed because it is not an isolated incident of a penalty. There are just a lot of questionable decisions by match officials and we will get an expert to dissect other incidents, so we can make a strong case.”